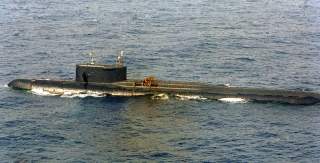 To his credit, the Politburo transcript also shows how alert and incisive was Gorbachev. Leaving aside the concerns about sabotage and incompetence, he asks pertinent questions about the disaster, such as why the explosion occurred and why rescue vessels couldn't save K-219. He wants to know how toxic gases poisoned the submarine's air, why a tow rope broke, and whether sensitive information on K-219 could be retrieved by the Americans.