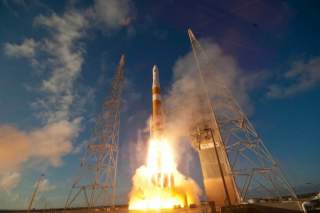 Reflecting on the past and looking toward the future in the movie, Field of Dreams, Kevin Costner built a baseball field on the premise that, “If you build it, they will come.”  That statement proved prescient for many military systems that have enriched and improved how our society and economy function.  One of those key systems is the Global Positioning System (GPS).

When GPS was originally envisioned and fielded, like the Internet, very few foresaw its utility for society.  Today, GPS has become so ingrained into the functioning of our society and economy that the Government Accountability Office described it as an “invisible utility” underpinning many applications critical to the nation’s security and economy.

As computer and electronic systems become more integrated and interrelated across military and civilian uses, the growing threat of cyber attacks and in some cases, warfare, has grown into a significant danger.  The risk to GPS systems has long been viewed as an area of particular vulnerability as more military assets and weapons systems have come to rely on GPS signals and targeting accuracy moved to the forefront in operational planning and execution.  Anticipating the requirement to adapt and overcome this and other vulnerabilities, the Air Force began development of the next generation of robust GPS satellite and ground systems.

When the U.S. Air Force launched the GPS improvement program to enhance the ground-based portion of the GPS satellite system in conjunction with a program to update and upgrade the space-based system with new satellites (GPS IIIA), it was tasked to greatly increase the accuracy of the current GPS fleet, enhance the system’s ability to withstand robust cyber threats, improve and secure more information sharing, and provide monitoring capability of civilian and military satellite systems.  As the next generation satellite and ground-based system, the GPS OCX system is also being specifically designed with a more capable and robust ability to withstand the growing number and complexity of cyber intrusions and attacks.

Since my time in command of the USS Cole, the Navy has made significant advances in the use of GPS systems from inputs to the weapons to more routine functions such as navigation, even to the point of replacing some manual navigation functions.  Additionally, there has been a massive increase in the scope of systems that use GPS signals for the daily operation of systems on naval vessels and aircraft.  Like society, the Navy has integrated GPS into the regular operations of their equipment to the point where the interference, degradation, or loss of that signal would severely impact if not shut down the ability of that unit to project power and safeguard our national security interests on the high seas.

While not directly tied to the Department of Defense, one significant segment of civilian society that has immersed themselves into the world of GPS is the business of private and commercial aviation.  Most modern aircraft use GPS signals to improve the efficiency, safety, and flight routing within the National Airspace System.  The flip side to this usage is the same as the military’s vulnerability - loss of that signal could spell disaster for the thousands of aircraft in the skies over the United States posing an unacceptable safety risk to the flying public.

As with any cutting edge technology, there have been challenges and setbacks along the way but these should not deter the U.S. Air Force from staying focused on the ultimate goal of completing development and fielding this new system.  The current GPS OCX program is well underway and has made significant technical advances.  With nearly $2 billion invested in the project, the recent decision by Frank Kendall, Under Secretary of Defense for Acquisition, Technology, and Logistics, to continue moving forward with the program is recognition of the value of GPS OCX.

While no defense procurement program is too big to fail, the GPS OCX program is too important to our national security to be allowed to fail.  As a first-of-its-kind program, setbacks and achievements are part of the challenges that American industry has always measured up to in achieving success.  Given the ongoing cyber attacks by Russia, China, Iran, North Korea, and others against our nation, the American people and our warfighters deserve to have a robust, next-generation GPS system capable of withstanding the growing cyber threat and providing timely and reliable data to keep the nation safe and our economy the strongest in the world.

CDR Kirk Lippold is a retired naval officer and highly regarded national security expert who was the Commanding Officer of USS Cole (DDG 67) when it survived a suicide terrorist attack by Al Qaeda.  He currently serves as President of Lippold Strategies, LLC, a leadership development and crisis management company.