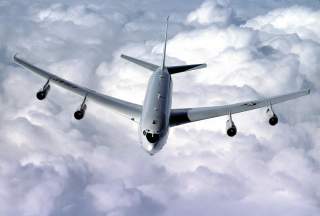 The furor over the presence of U.S. military personnel in Africa that followed the recent tragic loss of four Green Berets defies credulity. A simple Internet search immediately demonstrates that major media outlets have been doing a good job reporting on the growing American military involvement in Africa and the reasons for it.

Although some ill-informed sources have found it irresistible to blame the current Administration for expanded U.S. involvement in Africa and its all-but inevitable consequences, the true responsibility rests with the Obama Administration. It is important to acknowledge that deploying military personnel to Africa was the right decision, as was the one to maintain a U.S. presence on the ground in Niger.

The threat posed by international terrorist organizations not just to U.S. interests in Africa but to the stability of local governments and the safety of millions of citizens cannot be ignored. The latest Worldwide Threat Assessment by the Director of National Intelligence warned that both ISIS and al Qaeda are expanding their operations and recruiting efforts in Africa and pose a growing threat to Nigeria and the nations of the Sahel, particularly Chad, Mali, Mauritania and Niger.

While the focus of U.S. attention and military resources for the past several years has been on the fights against ISIS in Iraq and Syria and the Taliban in Afghanistan, an equally important struggle against jihadists has been taking place in Africa. The Green Berets were present in Niger three weeks ago because that country, along with Chad and Cameroon, had decided to join Nigeria in the fight against the ISIS-affiliate, Boko Haram.

A number of factors complicate U.S. efforts in Africa to combat jihadism and build the capabilities of regional partners. The sheer size of the continent poses a challenge as does its relative lack of infrastructure. U.S. Africa Command maintains only one forward operating site on the continent-- Camp Lemonnier, Djibouti-- and just seven contingency locations to support operations over millions of square miles. The security forces of many partner nations lack adequate training, proper equipment and the necessary intelligence to defeat terrorist groups. Finally, U.S. forces operating in Africa are not as well-resourced as those fighting terrorists in other parts of the world.

In light of the events in Niger, the question members of Congress, journalists and other interested parties should be asking is, why isn’t there more support for U.S. forces on the ground in Africa, especially in those countries facing active terrorist groups? More specifically, why didn’t the Green Berets have access to better airborne intelligence, surveillance and reconnaissance (ISR)?

According to Joint Chiefs of Staff Chairman, General Joseph Dunford, a U.S. drone arrived overhead within minutes of a request for support. This was most likely an MQ-9 Reaper or its twin, the MQ-1C Grey Eagle. It is not clear whether the drone in question was armed or if the Green Berets could receive its sensor data. Moreover, the Reaper and all other drones operated by the U.S. Army and Special Operations Forces do not have the appropriate sensors to conduct wide area ground surveillance.

Broadly speaking, the type of challenge confronting U.S. ground forces in the vast expanses of the Sahel, with its largely uncontrolled borders, begs for the kind of ISR that today only the Joint Surveillance Target Attack Radar System (JSTARS) can provide. The heart of the JSTARS system is the AP/ANY-7 radar that provides wide area surveillance of both moving and fixed targets.

JSTARS can continuously surveil almost 50,000 square kilometers while simultaneously tracking up to 600 individual moving targets at a range of more than 250 kilometers. It can do so through clouds, in bad weather and at night. In ground moving target indictor mode, the radar can determine the approximate number of vehicles in a column, their speed and direction of travel. In synthetic aperture mode, the radar can locate and characterize stationary targets. JSTARS has an exquisite capability to detect and track hostile fighters on motor bikes, in cars and trucks and even dismounted.

Almost as important, JSTARS carries up to 18 mission specialists who use onboard intelligence stations to process and disseminate critical battlefield information to ground, naval and air units. JSTARS often serves as a real-time headquarters in the sky, collecting data from a wide variety of other sensors, providing real-time threat information to U.S. and coalition forces and directing air support for ground units under attack.

There are three problems with the current JSTARS fleet. First, there are only 16 of them, not enough to meet more than a fraction of the demand for their support. In addition, the 707 platform on which the JSTARS was built are as much as 50 years old. They frequently break down and are increasingly difficult and expensive to maintain. Third, both the radar and intelligence stations reflect old technologies and should be improved. That is why the Air Force is pursuing a program to recapitalize the JSTARS fleet, replacing the old 707 aircraft with a modern but smaller airborne platform that will be easier and cheaper to operate while carrying an improved radar.

The Air Force needs to recognize that the tragedy in Niger seals the case for its long-standing JSTARS recapitalization plan. In fact, the increased demand from multiple combatant commands for airborne ground surveillance argues for accelerating the recapitalization program and even for acquiring additional JSTARS platforms. Then, hopefully, U.S. troops on the ground anywhere in the world engaged in combat would be able to receive high quality airborne ISR.