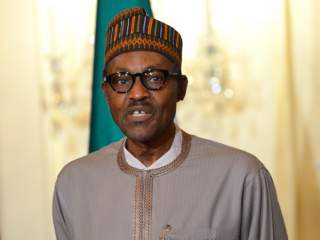 Both figures have been charged with looting funds intended for the struggle against Boko Haram. If convicted by a court of law following rigorous and transparent judicial proceedings, that would be evidence that criminality reached the highest levels of the Jonathan administration. It would also help account for the gross under resourcing of the security services in the struggle against Boko Haram.

In a positive development little commented upon in the Western media, President Muhammadu Buhari has placed the national police services under the minister of the interior. That minister, retired General Abdulrahman Bello Dambazzau, is one of the strongest members of his cabinet and untouched by allegations of corruption. Born in 1954, Dambazzau was the Chief of Army Staff (COAS) from 2008 to 2010, the highest position in the Nigerian army. He is regarded as an intellectual. His degrees include a BA in Criminal Justice from Kent State University (U.S.) and a Ph.D in Criminology, from the University of Keele (UK). Before Buhari appointed him to be the interior minister, Dambazzau was a senior fellow at the Center for Peace, Democracy, and Development at the University of Massachusetts at Boston. He has extensive experience in security service training. Among other assignments he was the Registrar of the Nigeria Defense Academy. There had been speculation that Buhari would make Dambazzau his national security advisor or his minister of defense. These are high-profile posts. However, as minister of the interior now with oversight of the police, a national service, Dambazzau is well-placed to move forward with the reform of the largest of the security services.

The arrests of Dasuki and Bello Haliru Mohammed and the appointment of Dambazzau as minister of the Interior appear to be aspects of a coherent strategy to reduce structural corruption while at the same time institute reforms that could, over time, deprive Boko Haram of its oxygen.