No, Israel's Stealth F-35 (Probably) Did Not Fly over Iran 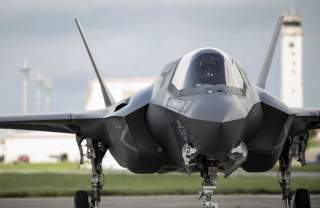 A Kuwaiti newspaper created a stir earlier this month when it reported that Israel's new F-35 stealth fighters had flown over Iran.

So did the incident really happen? First, if the incident were true, that would mean that operational missions are already being flown by the F-35I Adir ("Mighty"), the Israeli version of the Lockheed Martin fighter. Israel currently has only nine of them, and the first squadron was was declared operational only late last year. The Israeli Air Force (IAF) has a well-earned reputation for boldness, but there is a difference between being bold and foolhardy. IAF pilots and planners have barely had time to acclimate to a fifth-generation aircraft different from the fourth-generation F-15s and F-16s they currently operate. Even the U.S. military is struggling to fix numerous bugs in the F-35.