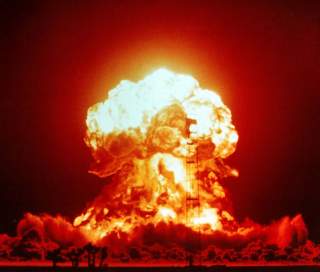 As former Secretary of Defense William J. Perry has argued there are sound strategic reasons to phase out America’s fleet of 400 silo-based Minuteman III intercontinental ballistic missiles (ICBMs).  Primary among these is the fact that these missiles are vulnerable to attack because our potential nuclear adversaries such as Russia know their precise locations.

Because of their vulnerability, ICBMs are the weapon system most likely to spark an inadvertent nuclear war.  If U.S. commanders believed mistakenly (as has happened repeatedly in the past) that our ICBMs were under attack, they will face immense pressure to launch them at the perceived attacker before they are destroyed in their silos. Once they are launched if the warning of attack was false, it is too late.  Our ICBMs cannot be recalled and will destroy their targets, prompting certain nuclear retaliation on U.S. cities.

Now recent revelations regarding the rapidly inflating cost of replacing the ICBMs and dramatic improvements in the capabilities of the other two legs of the U.S. nuclear triad make crystal clear that phasing out the ICBMs is the right choice for American security.

Pushing forward with deployment of the Ground-Based Strategic Deterrent (GBSD) as the Minuteman III replacement is called will deplete resources needed for other vital defense programs from cyber defenses to naval shipbuilding to conventional forces readiness and other nuclear modernization programs including new strategic submarines and aircraft.  Estimated cost for the 15-20 year GBSD program have increased by more than 60% from $61 billion in 2016 to over $100 billion in early 2017. No clear plans have emerged that can support this cost without forcing dramatic cuts elsewhere within the defense budget.

Fortunately, there is no need to make the painful national security trade-offs that deploying the GBSD would require.  The U.S. can safely retire the Minuteman III ICBMs as they reach the end of their service lives in the 2030s without replacing them.  This is because recent modernization programs are dramatically increasing the accuracy, and thus the effectiveness of U.S. submarine and aircraft-launched nuclear weapons.  For example, a new fuze, deployed since 2009 on strategic missiles carried by U.S. nuclear submarines gives this leg of triad alone more than three times the number of warheads needed to destroy the entire fleet of Russian land-based missiles in their silos.

In fact, the SLBM leg now carries the full spectrum of ballistic missile capabilities on a platform that is far more flexible and survivable than land-based ICBMs.  In addition to hundreds of W76-1/Mk4A warheads with a 100kiloton warhead that have a very high probability of destroying fixed silos, Navy submarines also carry the 455kiloton W88 Mk-5 that can destroy extremely hard and deeply buried targets such as military command centers.

Submarine-launched missiles can be moved closer to hardened targets and strike them quicker than ICBMs.  They are constantly on patrol and carry significantly more warheads than the redundant Minuteman III force.  Thus there is no strategic need to replace our outmoded, silo-based ICBMs and keep 400 nuclear bull’s-eyes strewn across the heartland of America.  There is no need to keep accepting the risk that ICBMs could be attacked, spreading lethal fallout over cities of the upper mid-west from Denver to Detroit.  Any step to safely reduce the potential number of nuclear explosions on U.S. soil should be taken.

The air leg of the triad is also receiving significant new capabilities that make ICBMs obsolete. Beginning in 2023 the Air Force will receive the B61 Mod 12 guided, standoff nuclear gravity bomb, which is intended to replace all existing gravity bombs in the U.S. arsenal.  This nuclear weapon will be carried by both strategic and tactical stealth aircraft and have greater accuracy than any other warhead in the arsenal.  It will also have Earth-penetrating capability and selectable yield from 50kilotons to 0.3kilotons.  Following this upgrade the Air Force will begin receiving the first of 100 new B-21 strategic stealth bombers in the late 2020s and through the 2030s.  This corresponds with the end of the service life for the Minuteman III ICBM, which can be safely retired without replacement

A decision to cancel replacement of the Minuteman III force would have other benefits as well.  It is the most efficient way to reach the 1,000-1,000 deployed warhead level that the Department of Defense asserted was sufficient for deterrence in 2013 and it would achieve additional cost savings because ICBM warheads could be retired instead of modernized.

Finally, it would create opportunities for reaching new arms control agreements with Russia and China and demonstrate to the world that the United States was serious about meeting its obligations under the Nuclear Nonproliferation Treaty and taking a leadership role toward an eventual world without nuclear weapons.