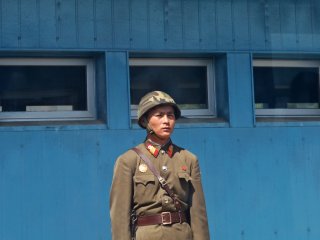 These developments have rattled nerves and escalated tensions in Northeast Asia. The outrage over North Korea’s flagrant violation of United Nations Security Council resolutions has reverberated worldwide, yet China, North Korea’s sole ally, has refused to back tough measures that would raise the cost to Pyongyang of its behavior.

North Korea’s refusal to abide by Chinese entreaties not to launch a rocket is a remarkable display of disrespect toward Beijing. It also raises a key question: Is there a limit to China’s willingness to tolerate North Korea’s behavior?

North Korea became the only country to test a nuclear weapon in the twenty-first century when it conducted its fourth such test on January 6. On February 7, Pyongyang said it had put a satellite into space—in other words, it had conducted an intercontinental ballistic missile test.

These events unfolded even as Beijing was trying to repair frayed ties with Pyongyang. Last October, in an attempt to revive strained party-to-party ties, Chinese President Xi Jinping dispatched the fifth-ranking member of the Politburo, Liu Yunshan, to Pyongyang to participate in a celebration of the Korean Workers’ Party’s seventieth anniversary. For four days, Liu publicly schmoozed with North Korean leader Kim Jong-un.

As recently as last December, many in Beijing were gushing about their warming ties to Pyongyang amid rumors that Kim would meet with Xi in the Chinese capital. Then came the slap in the face on January 6. Unlike with previous North Korean tests, this was the first time Beijing received no advance warning from Pyongyang.

Worried about an impending missile test, Xi dispatched his top Six-Party Talks negotiator, Wu Dawei, to Pyongyang on a mission to prevent a North Korean missile launch. In yet another slap in the face, Wu was greeted on his arrival in North Korea with the official announcement that Pyongyang would launch a satellite in early February.

Given that China is North Korea’s principal supporter, accounting for 90 percent of its foreign trade and providing most of its fuel and food, this was a remarkable display of contempt toward Beijing.

What this behavior shows is that North Korea has correctly concluded that it has carte blanche; China’s fear of instability on the Korean Peninsula is so great that Beijing is not prepared to take any steps to punish Pyongyang that could destabilize Kim’s regime. However, as much as China opposes a nuclear North Korea, in practice, it is willing to live with a few North Korean nukes if that is the price of maintaining the status quo.

Beyond a nuclear North, China faces outcomes in East Asia that resulting from Pyongyang’s actions that it dreads most: a strengthening of the U.S. “rebalance” in the region, enhanced missile defense in Northeast Asia, and new levels of U.S.-South Korea-Japan defense cooperation.

Beijing put heavy pressure on Seoul not to deploy the U.S. THAAD missile defense system. It was viewed as an insult by South Koreans when China’s Foreign Ministry spokesperson argued that China’s position on missile defense is that “countries when pursuing their own security, should take into account others’ security interests.” To South Korea, China appeared more concerned with Seoul’s effort to defend itself against a North Korean threat than with Pyongyang’s nuclear and missile threat itself!

South Korean officials have stepped up talks with the United States about THAAD and the other layers of Korean missile defense. But it doesn’t stop there. Even more worrying for Beijing is the specter of a nuclear arms race in Northeast Asia as South Korean politicians call for Seoul to acquire its own nuclear weapons.

Of still greater concern to Beijing is the likely impact of its North Korea-first policy on the U.S.-China relationship. At a time when U.S.-China relations are already strained over Chinese assertiveness in the South China Sea, cybersecurity, currency issues and human rights, North Korea has become another source of tension. This is ironic as cooperation on efforts to denuclearize North Korea has often been cited as an important example of US-China cooperation.

Beijing has opposed efforts in the UN Security Council to impose biting sanctions on Pyongyang. The result will be diluted UN sanctions and likely U.S. imposition of unilateral sanctions on North Korea. There is already legislation pending in Congress that calls for sanctions against banks doing business with North Korea. This will hit Chinese banks and cause more rancor in U.S.-China relations.

In the end, it may well be that China’s stubborn protection of North Korea produces exactly the instability on the Korean Peninsula that Beijing seeks to avoid.

Robert A. Manning is a Resident Senior Fellow in the Atlantic Council’s Brent Scowcroft Center on International Security. This article first appeared in the Atlanticist.