A Nuclear Nightmare: If China and Japan Went to War 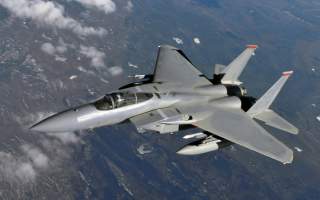 Nothing so clearly signals Australia’s involvement in a more strategically competitive Asia as the writings of Australia’s leading strategic academics. In quieter times, our academics focused on the meaning of self-reliance, or the durability of American power in the Asia–Pacific. Gradually, China’s rise made its way onto the agenda. And by late last year academics were busily writing papers about whether intra-Asian conflict scenarios in North Asia might see Australia drawn in.

In a paper published by the Strategic and Defence Studies Centre at ANU, Rob Ayson and Des Ball outlined their concerns about possible escalation scenarios in North Asia. Their scenarios turn essentially upon a set of judgments that a minor armed clash between China and Japan could readily escalate; that the Americans would be drawn in quite quickly; and that China might be attracted towards early options for nuclear weapons use. Because of that possible progression, Rob and Des set out some guidance for Australian policy-makers that emphasizes the need to encourage both Japanese and Chinese counterparts to believe that they share common interests, and not merely competitive ones. Moreover, they caution that “any ideas of supporting Japan and/or the United States in a small North Asian conflict could involve Canberra in a catastrophically escalating war.”

The authors portray the US-Japan security alliance as reassuring in one context, but worrying in another. During peacetime, the alliance is “a barrier to war in Asia;” but during wartime it’s “fuel for [a Japan–China] conflict’s further intensification.” In particular they worry that US entry into the conflict would increase the possibility of that escalation having a nuclear dimension, even if the US itself remains committed to a conventional exchange.

I buy a limited version of this argument. Yes, a minor armed clash between the two regional powers is possible: not likely, I think, but possible. And yes, that clash might escalate—albeit not in an open-ended way. Yes, the Americans probably would be drawn in, because President Obama has said that the Senkakus are covered by the US-Japan alliance, and that’s the most likely trigger point. So far, so good. But that final judgment is especially alarming. It’s hard to see how a Chinese strategic planner might convince Xi Jinping that it’d be a good idea to cross the nuclear threshold in such a case.

Crossing that threshold early in any conflict is not typical P5 behaviour. Part of the claim the P5 make about their responsible stewardship of nuclear weapons is that those weapons are solely ones of last resort. Would a minor clash—or even a medium-sized clash—in the East China Sea really constitute ‘last resort’? Rob and Des argue that the Chinese would be worried about the vulnerability of their arsenal and want to “use it rather than lose it.” In an abstract sense, the reasoning is true—if Beijing really believed it was about to lose its nuclear arsenal. But it’s a wild throw of the dice: would Chinese leaders so readily risk everything they’ve struggled so hard for during the past 30-40 years?

Rob and Des don’t actually suggest that the Americans would launch a first-strike against the Chinese nuclear force; nor even a substantial conventional attack against the force. But they do believe that the degradation of China’s command and control assets might tempt the Chinese to conclude that their own nuclear force was slipping out of their reach. That’s true; it might make them believe that. But believing that should give them a powerful incentive for war termination.

(Recommended: The U.S. Navy's 5 Most Lethal Weapons of War)

This morbid fascination with the potential consequences of China–Japan strategic frictions also found echoes in the work of Nick Bisley and Brendan Taylor, who focused on the extent to which ANZUS might suck Australia into a North Asian conflict. Nick and Brendan are also interested in escalation dynamics, especially insofar as those serve as conductors for Australia’s own involvement. Amongst their recommendations, the single most contentious must surely be that Australia should be working now to manage US and Japanese expectations that it might have a role, while creating maximum freedom of maneuver with Beijing. Personally, I would have cast that the other way around: we should be managing China’s expectations that we’d be uninvolved and indifferent, while exploring maximum freedom of maneuver with the US and Japan.

(Recommended: The 5 Most Powerful Armies on Planet Earth)

The new interest in North Asian flashpoints marks a clear historical shift from an earlier era when the dominant Asia–Pacific flashpoints tended to be listed as the Korean peninsula, China–Taiwan, and South Asia. That brief list remained essentially unchanged for decades. But no longer. Regardless of whether readers agree with their arguments or not, what’s striking is the new interest of Australia’s academics in the emerging strategic balances in the region—not just the balance between the US and China, but those between the Asian great powers.

Rod Lyon is a fellow at ASPI and executive editor of The Strategist where this was first published.