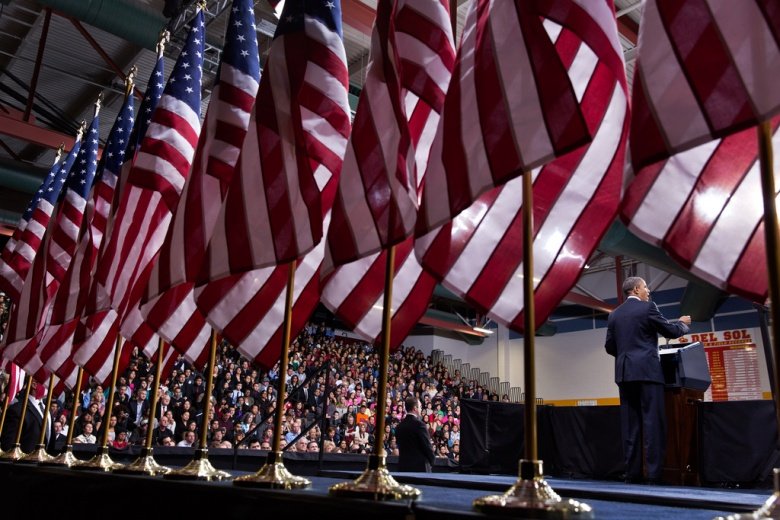 Anyone who tuned into President Obama’s address to the nation last night expecting to hear a detailed plan to defeat ISIS came away disappointed. The president spoke mostly in generalities and skirted tough questions. But laying out a detailed plan that would pass muster with experts wasn’t his primary purpose. Reassuring a public worried about the ISIS threat, and his response to it, was.

The one specific piece of news Obama announced was that 475 U.S. troops will head to Iraq to support and train Iraqi and Kurdish forces. He also said for the first time that “I will not hesitate to take action against ISIL in Syria.” He didn’t, however, elaborate on what that action might look like or what circumstances might trigger it.

Obama was also specific in describing who ISIS currently threatened: people in the Middle East, not Americans. He only granted that ISIS might become a threat to the United States “if left unchecked.”

That assessment puts Obama at odds with his critics. It also puts him at odds with his own advisers. Secretary of Defense Chuck Hagel has called ISIS an “imminent threat to every interest we have,” while Secretary of State John Kerry said it “poses a severe threat.” But Obama’s assessment does reflect the judgment of the U.S. intelligence community.

Obama similarly disagreed with himself, not for the first time, on the powers of the presidency. As a senator he argued that presidents needed congressional authorization before using military force. In 2011 he waged war against Libya without going to Congress. A year ago he did an about face and asked Congress to authorize him to strike chemical weapons sites in Syria. Last night he only said he would “welcome congressional support” for his effort to stop ISIS. He said nothing about what he might do to encourage Congress to give him the support he says he wants.

Obama also left many obvious questions about his strategy unanswered. Why is the new Iraqi government likely to be a more effective partner than its predecessor, which allowed ISIS to conquer a third of the country? Who are the other members of the coalition America is leading and what will they do? Can the United States degrade ISIS without strengthening Syria’s Bashar al-Assad, who Obama has said must go? Have U.S. drone strikes in Yemen and Somalia, which the president held up as a model for attacking ISIS, been as successful as he suggests? And perhaps most important, what will success in the effort to degrade and defeat ISIS look like?

But Obama’s real audience was not the experts who are asking those questions today. It was the two out of three Americans who have come to doubt that he is up to the foreign policy challenges the United States now faces. They do not want another U.S. military intervention abroad, but they also worry that he has been too cautious in responding to a world that seems to be spinning out of control. Obama’s focus on reining in loose talk about the ISIS threat, ruling out the return of U.S. combat troops to Iraq, and stressing American leadership of a global coalition sought to quell the public’s dual fears that he is doing too little—or might do too much.

The question is whether Americans are still listening. Presidents in their sixth year seldom claim public attention in the way they did in their first. They have given too many speeches to move opinion by words alone. The public wants results.

Therein lies Obama’s fundamental problem. Good results could be hard to come by. ISIS became a threat because the very countries the United States needs to help defeat it are weak, ineffective, and (often) duplicitous. ISIS’s vulnerability to U.S. airpower won’t prevent it from using grisly spectacles like the recent beheadings of two American journalists to sow fear and mask its battlefield losses.

So as much as the president hopes to reassure Americans that he is meeting the ISIS challenge with “strength and resolve,” he could well discover, as did several of his predecessors, that events can be hard to tame, even for a leader of a superpower.

Image: Office of the White House.