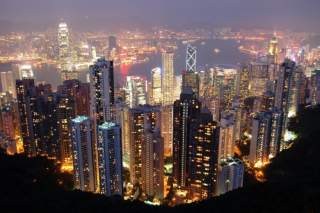 In 2011 remarks before the Australian parliament, U.S. President Barack Obama laid out the three pillars of his so-called pivot to Asia: “security, prosperity, and dignity for all.” That third pillar should be taking on renewed importance in light of the ongoing demonstrations in Hong Kong.

During his speech, the president asserted American “support for the fundamental rights of every human being,” which include the freedom of the press, assembly, religion and “the freedom of citizens to choose their own leaders.”

And yet, the administration’s clumsy reaction to the demonstrations thus far has done little to pursue the supposedly “fundamental principle” of democratization in Hong Kong. If anything, official statements to date may make a positive resolution less likely.

First came the U.S. Consulate’s September 29 press release on the demonstrations, which claimed support for “Hong Kong’s well-established traditions and Basic Law protections of internationally recognized fundamental freedoms” but announced that “we do not take sides in the discussion of Hong Kong’s political development.” The U.S. government’s first reaction to the peaceful protests: the status quo is just fine, thank you very much.

Worse, according to the consulate’s statement, “we encourage all sides to refrain from actions that would further escalate tensions, to exercise restraint, and to express views on the SAR’s political future in a peaceful manner.” The implied moral equivalency here—between the peaceful protesters; the Hong Kong authorities whose initial impulse was to use tear gas on teenage demonstrators; and the Chinese Communist Party, still going strong twenty-five years after the Tiananmen Square massacre—is astonishing.

Although the show of support for the demonstrators’ aims is welcome, the statement is still problematic. The phrasing conveys that message of support to Beijing while also implying—probably unintentionally—that Washington views the unelected Chinese central government as illegitimate. At the same time, there is no suggestion here that the White House will take any action beyond cheerleading from the sidelines.

What is the ultimate effect of this construction? A Beijing convinced both of Washington’s hostility and of Washington’s impotence. Such is not an equation for Chinese restraint.

Admittedly, the United States may have little ability to force the outcome it presumably wants—true democracy in Hong Kong. It can, however, take steps to encourage compromise while deterring China from escalating its standoff with protesters and, perhaps a more likely scenario, from later rolling back Hong Kong’s freedoms should the demonstrations be resolved peacefully.

Yesterday, according to a White House readout of the meeting, the president told Chinese foreign minister Wang Yi that “the United States is following developments in Hong Kong closely.” But that seems unlikely to alter China’s calculus. To do so, a firmer stance will be necessary.

Going forward, President Obama should make clear that he is ready, should Hong Kong or Chinese authorities shift to a more coercive or forceful approach, to cancel his upcoming summit meeting with Xi Jinping, suspend military ties with the People’s Republic, halt negotiations on a bilateral investment treaty, consider retaliatory measures for Chinese abuse of its anti-monopoly laws and call for an international investigation of rights abuses in Xinjiang.

Finally, if China signals that none of those actions is likely to sway its approach to Hong Kong, President Obama should pull the ace he may not even realize is up his sleeve. Xi Jinping should know that in the wake of anything but a peaceful resolution to the standoff, the White House would issue an immediate invitation to Ma Ying-jeou, current president of Taiwan and symbol of Chinese society’s capacity for vibrant democracy. That would surely get Beijing’s attention.

Such bold action on the international stage, especially vis-à-vis other major powers, seems to be counter to the president’s nature. But if democracy’s advance in Asia is as important as he claims and if, as he implied in his Australia speech, security, prosperity and democracy are mutually reinforcing, then the success of Hong Kong’s “umbrella revolution” should be an American priority. The consolidation of liberal institutions in the former British colony would open the door—even if just a crack—to democratization in mainland China. By the president’s own logic, that is a strategic prize in Asia well worth pursuing.