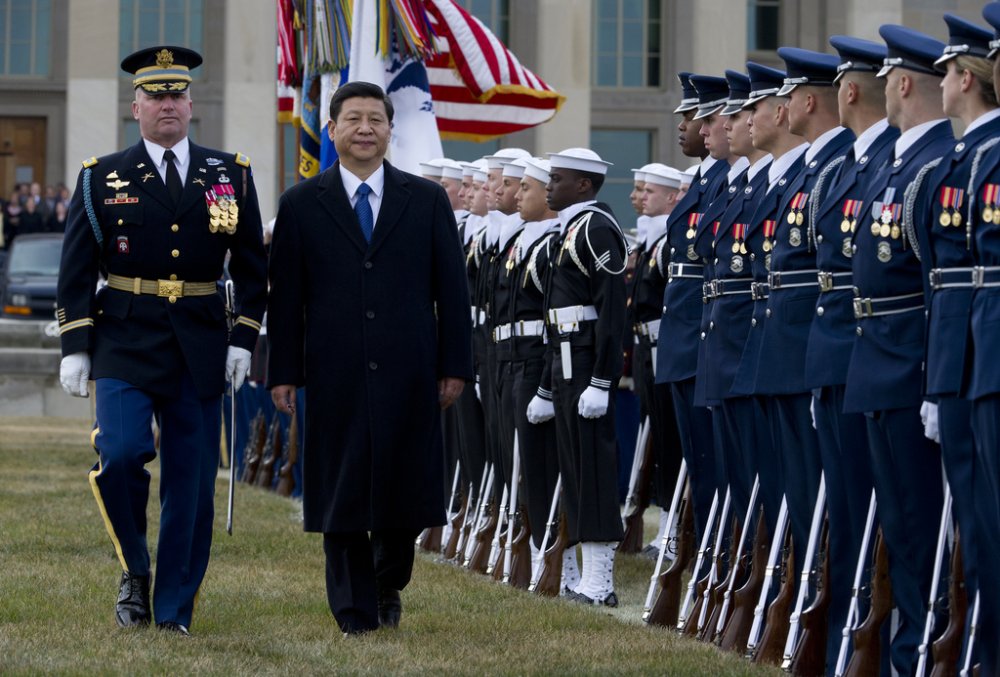 US–China military exchanges constitute an important aspect of bilateral relations between the reigning superpower and a fast-rising one. Initiated in the wake of the establishment of diplomatic relations during the Cold War when the two countries were quasi-aligned against the Soviet threat, military-to-military contacts between China and the US have evolved over the years, and have by and large followed rather than defined the overall Sino–US politico-diplomatic relationship. Increasingly, however, how the People’s Liberation Army and the Pentagon view their bilateral military ties and manage their conflicts and expectations and, as far as possible, seek to better understand each other and explore areas of cooperation will have a significant impact on regional peace and stability. It will also reflect the general state of the bilateral relationship during a period of monumental changes in international politics and in particular in the Indo–Pacific.

My Strategy paper released by ASPI today takes stock of Sino–US military contacts over the past 15 years and provides some preliminary assessments of the evolution and implications of this critical aspect of perhaps the most important bilateral relationship in the world today. It seeks to achieve three objectives. First, it identifies, compares and discusses the rationales, expectations and approaches of the two militaries regarding the relationship. Second, it outlines and reviews bilateral Sino–US military contacts from 2001 to 2016, essentially covering both the George W Bush and Barack Obama administrations. Third, it analyses and evaluates US–China military ties over that period and provides some explanations of their promises, progress and pitfalls.

US interests and objectives in engaging the Chinese military include gaining a better understanding of the armed forces of a rising power, hoping to shape China’s perspectives and foster a stable and cooperative relationship for regional stability, and developing and putting into place both confidence building and crisis management mechanisms to minimise and avoid unintended incidents and prevent disputes from escalating to major military confrontation. At the same time, as the PLA develops and deploys greater military capabilities and Chinese foreign policy grows more assertive, the US military is responding by deploying major defense assets and forces to the Indo–Pacific region, developing future battle-winning capabilities, and strengthening alliances and forming security partnerships in the region.

The PLA, on the other hand, has often considered and implemented bilateral exchanges as part of the broader agenda of promoting US–China relations as a ‘new type of major-power relationship’. It also seeks to demonstrate that it’s an equal of the US military while using the expansion and suspension of military ties to influence the US’s policies, including on arms sales to Taiwan, and its alliances in the region. Clearly, this deep strategic distrust and growing rivalry set limits to the depth and scope of military exchanges. Nonetheless, even as the two militaries may be preparing for the next war with each other, they have nonetheless found common interests in cooperating in a range of non-traditional security areas, such as humanitarian assistance and disaster relief, search and rescue, peacekeeping, military medicine, and anti-piracy/terrorism operations.

The past 15 years have witnessed ups and downs in bilateral military ties, which began with a number of incidents and crises, resulting in the temporary suspension of ties at the beginning of the Bush administration. The 9/11 terrorist attacks in 2001 and the subsequent shift in US strategy towards combating global terrorism and seeking cooperation with China paved the way for the normalization of military-to-military contacts between the PLA and the Pentagon. Since then, bilateral military ties have gradually been institutionalized through high-level visits, defense dialogues, functional exchanges and cooperation in bilateral and multilateral contexts. Both US and Chinese leaders clearly recognize the importance of developing a stable bilateral military relationship and, indeed, have at times admonished their top military brass to enhance mutual understanding and explore and expand areas of cooperation.

Deep structural constraints impose limitations on both the scope and the pace of bilateral military ties. Indeed, while Beijing and Washington have managed to expand areas of contact and maintain or repair bilateral military relations after major setbacks, they have yet to resolve their core differences. Thus, beneath pledges of cooperation and building a healthy, stable relationship lie deep rifts over a number of issues, including US arms sales to Taiwan; Chinese concerns over US strategic intentions in the Indo–Pacific; and China’s growing assertiveness in its territorial disputes with neighboring countries, among others.

Managing this relationship won’t be easy. But the key will be to keep trying, as it’s too important to be left unattended, to be swayed by the vicissitudes of the general bilateral relationship during a crucial period of transition in international politics and adjustments for both countries. However, for a more stable bilateral military relationship to develop and to be sustained, longer term strategies must emphasize engagement, exchange and a better understanding of each other’s interests, priorities and policy options. The stakes couldn’t be higher as China and the US enter a period of growing tensions and uncertainty.