Pakistan Could Have as Many As 130 Nuclear Weapons 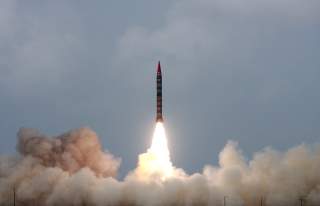