Is Pakistan Heading Toward a Coup? 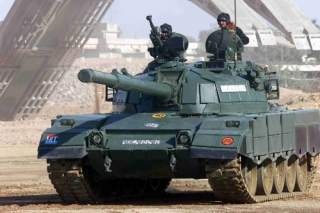 A week ago, banners requesting the military’s takeover of the country were put all across Islamabad, Pakistan’s capital. The banners were read as asking the military chief, General Raheel Sharif, to impose martial law in the country.

On Sunday, Imran Khan, the leader of the Pakistan Tehreek-i-Insaf (PTI) said that “the people will celebrate and distribute sweets if the army takes over the country.” Imran Khan’s party runs a coalition government in Khyber Pakhtunkhwa province of Pakistan.

About two weeks ago, the United States Senator John McCain reportedly gave a statement (the authenticity of the report is unclear), asking for General Sharif’s extension as the Chief of Army Staff (COAS) which is due to complete later this year. The U.S. State Department deputy spokesperson Mark Toner a week ago refused to either acknowledge or deny the context of the Senator’s statement.

Besides, the campaign to invite the military for a direct rule by overthrowing the democratically elected government in the country has been going on since the advent of the current government more than three years ago. In the wake of a failed military takeover in Turkey, the coup debate in Pakistan has taken an intriguing turn with many warning that the latest episode of democracy in Pakistan may be nearing its end.

While the threats of a military takeover may overtly appear serious, a direct coup in the current milieu is not likely to take place. The objectives behind running such campaign are meant to achieve other ends that doesn’t require overthrow of the civilian government; rather, a direct coup might have serious implications for the military as well.

The military in Pakistan has had three direct coups and while it was not in direct control of the country’s affairs, it controlled the domestic and external political and security landscape by mobilizing other assets and resources. Among others, those involve keeping a higher public approval of the organization among the masses. The military’s political hyperactivity in the midst of a non responsive civilian government leaves a positive and favorable public opinion of the organization that it has traditionally exploited to assert its role beyond what is constitutionally legitimate.

For instance, after the May 2011 US raid on Abbattabad that killed Osama Bin Laden, the military in Pakistan came under acute public criticism which resulted in a dropped public approval across the country. Since then, through series of actions, the military has tried to gain back its lost image. The last two years military actions spearheaded by the incumbent military chief have helped the organization in regaining its somewhat lost standing domestically.

Moreover, the last two years military gains have been marketed not just through press conferences but also through an extensive use of social media and internet. The military’s media wing regularly tweets, prepares videos and sends out any other messages to disseminate a confirming image of the organization. In Pakistan, social media hashtags such as #ThankYouRaheelSharif have been used to soar the standing of the current military chief.

The popularity campaign of the current military chief that has overwhelmingly been endorsed by the public, is also is intended to undermine the civilian government’s authority and legitimacy. While it’s unclear whether the incumbent military chief is eager for extension in term given he has already said that he would leave the office once his tenure completes, the mere brand building of the chief reflects a de facto legitimacy beyond what the constitution permits that can be used to fulfill the larger interests of the organization at the cost of democracy and institution building. The recent banners asking for the military takeover are part of this carefully placed deterrent which is planted to remind the civilian authorities that there is a sword, hanging above their heads.

Essentially this public approval is used as a deterrent against the elected government if it were to exercise its constitutional right of questioning the military’s role in areas it considers its prerogatives. These prerogatives involve unquestionable flow of resources and funding, control of domestic security and defense policies and last but not the least, taking unilateral actions without the consent of the government hence undermining and limiting the country’s constitutional base.