Pakistan’s Stalled F-16 Deal is a Win For India 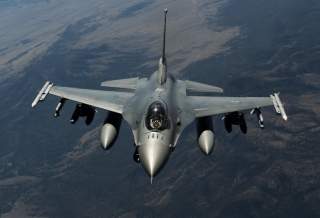 India has been vehemently accused by the Pakistani authorities for lobbying to block the sale of F-16 fighter jets to Islamabad from the US. The deal was first drawn out in 2015, when Pakistan was offered to pay for US$ 699 million for eight F-16 jets. The deal was subsidized, whereby Pakistan had to shell out only US$270 million and residual amount was to be funded by Washington from its Foreign Military Financing program. But recently US Congress turned the subsidy down and asked the Pakistan government to pay the entire cost from her own treasury.

Earlier New Delhi had expressed her discontentment over the deal and constantly advocated that such sophisticated fighter jet are suitable for advance warfare and not for striking terrorist dugouts. India claimed that Pakistan pursuit to acquire F-16 jets is solely to gain advantage over Indian air superiority, especially after her recent plans induct French jet Rafale. Obama Administration has also recognized New Delhi’s concern over the sale of latest F-16 jets to India. India had been pressurizing Washington to limit her military support to Islamabad, especially in the light to recent terrorist attack on Pathankot airbase in January, 2016. India presented concrete evidence that perpetrators of the attacks came across Pakistan’s territory. Purchase of such advance fighter jets would only bolster Pakistan efforts to undermine South Asia’s security in general and India in particular.

India looks firmed in denying the Pakistani Air Force the F-16 jets which comes loaded with upgraded facilities like all-weather, non-daylight environments and self-defence/area suppression capability.  Whether Indian lobby really spoiled the game for Pakistan is hard to tell, but it appears the US is not satisfied by the Pakistan’s effort to curb terrorism and insurgency inside her territory. New Delhi will be relieved with the present stand of the Obama Administration. Washington is distressed about Pakistan’s inaction against Haqqani network and pending release of Dr Shakeel Afridi, who aided US Special Forces to hunt down for Al Qaeda chief Osama bin Laden in 2011. According to some diplomatic sources, F-16 manufacturer Lockheed Martin expected to seal this deal as it plan to close their production unit in Fort Worth, Taxes. Pakistan probably would have been their last customer. India is expected to be new destination for the manufacture of F-16s under the initiative of Make in India proposed by Indian PM Modi. Both Lockheed Martin and Boeing are exploring their venues in India to produce F-16 ‘Super Viper’ and F/A-18 ‘Super Hornet’.

However Pakistan is bent on buying F-16s as Sartaj Aziz, a foreign affairs adviser to Pakistani Prime Minister Nawaz Sharif stated that if funds are not arranged, Islamabad will procure jets from China or Russia. Some sources of Pakistan’s Foreign Ministry revealed that Pakistan is considering China’s Chengdu J-10 and Russia’s Sukhoi Su-35s. This possibility is highly unlikely as purchasing Chengdu J-10 or Sukhoi Su-35s would entail logistical complications and costly maintenance. Pakistan appears to be trapped in unpleasant situation. Procuring jets from US, China or Russia, Pakistan would have to empty her national funds without any perks.

Ravjeetsingh Atwal is doctoral fellow of Indian Council of Social Science Research (New Delhi) at the Department of Political Science, Gujarat University, Ahmedabad. His doctoral research is on US foreign policy in West Asia and India’s position. He is also the Editor of upcoming book, India’s Foreign policy: Conflict and Cooperation