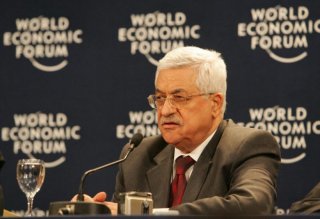 The shooting has resumed in Gaza. But where will things go when it ends? Inevitably, in each operation in Gaza since 2008 there is a "Goldstone-ification" on the Palestinian side—a shift from the kinetic to the diplomatic. Legal experts hover, investigations launch, initiatives get underway in courts around the world. Some yield results for the Palestinians. Some don’t. But this time, there may be a game changer. The Palestinians may plead their case against Israel at the International Criminal Court.

The threat of going to the ICC is by now a common one from the Palestinian leadership in the past couple of years. With little leverage on other fronts, the Palestinian leaders have threatened to sue the Israelis for war crimes several times, presumably over settlement construction.  In April, Mahmoud Abbas gave the Israelis an extra jolt when he announced that the Palestinians would sign on to fifteen international conventions, including the Geneva Convention. This came on the heels of his successful recognition of the “State of Palestine” at the UN General Assembly in 2012. Palestinian officials claimed that the fifteen were just the first cluster in a group of international conventions and organizations that numbered closer to sixty-three. Palestinians asserted that, depending on Israel’s actions, they would keep progressing in that list until they reached the sixty-third: the Rome Statute and ICC.

This was the plan before the conflict in Gaza erupted in early July. The ICC was originally intended as a last resort for the Palestinians. But now, with the death toll in Gaza sparking international outrage, the Palestinian leadership may skip all of the other conventions and jump right into the deep end.

The reasons for this have just as much to do with Palestinian politics as the Palestinian demands for justice. Throughout the Gaza war between Israel and Hamas, the role of West Bank-based Mahmoud Abbas has been severely diminished on the Palestinian street. Hamas’s calls for protests in the West Bank prompted large crowds to take to the streets. But Abbas, a longstanding proponent of nonviolence, refused to endorse a full-blown intifada. With the conflict raging, Abbas clung to his vision of presiding over both the West Bank and the Gaza Strip as the sole representative of the Palestinians. This was despite the fact that Hamas continues to demonstrate its full control over Gaza.

In other words, the Gaza war may have given Hamas a spike in popularity, but he also knows they will not likely emerge stronger after taking a pounding militarily. The Egyptians are also not likely to cede to their demands in the ceasefire talks in Cairo. So, Abbas is taking this opportunity to regain the mantle of the top Palestinian leader. Abbas knows that his international campaign is popular—a June poll showed almost 80 percent of Palestinians support going to the ICC. When the calls for the ICC became louder and louder as the operation dragged on, Abbas sent Hamas leader Khaled Meshaal a copy of the plans for the ICC. Days later, Saeb Erekat, the top negotiator, reiterated his boss’s claims and called on all Palestinian factions to approve the plan to go the ICC.

On August 5, Abbas dispatched the Palestinian foreign minister, Riyad al-Maliki, to The Hague to meet and discuss steps for joining the ICC. This was a bluff. The Palestinians know the process and procedure for joining the ICC is complex—they’ve been studying it for years. The true purpose of the trip came in al-Maliki’s comments after the meeting, where he issued this threat: "Everything that has happened in the last twenty-eight days is clear evidence of war crimes committed by Israel, amounting to crimes against humanity. There is no difficulty for us to show or build the case. Evidence is there ... Israel is in clear violation of international law."

But this could all backfire on Abbas. In seeking the consent of all Palestinian factions for joining the ICC, including Hamas and Islamic Jihad—terrorist groups that regularly carry out war crimes—Abbas risks exposing himself to the type of counter-suit that could negate his attempts to gain leverage over Israel. An investigation into war crimes reveals the actions of all the actors on the battlefield. Any amount of scrutiny into the events of the past month—the tunnels, the rocket fire from civilian areas, the suicide bombings—is sure to create headaches Palestinians. For Abbas, it could become a race to the bottom on a spectacular stage.

Nevertheless, Palestinians and their supporters continue to demand justice for the last month of hostilities. Now that Abbas has raised the threat of the ICC to a new level, can he back away?

Grant Rumley is a research analyst at the Foundation for Defense of Democracies.