Poland: The Key to European Security in the 21st Century? 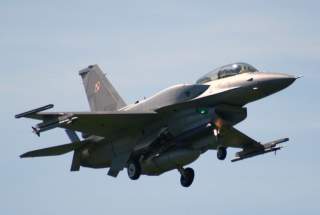 Russian actions against Georgia, Ukraine and the Baltic States over the last several years has highlighted the urgent need to revise the existing European security architecture and reinstate a credible NATO military posture. Important political leadership as well as material contributions from the United States and Germany would be crucial to such an effort. However, a third country— Poland— is emerging as the critical element of a revitalized European defense framework.

An important state bordering key players such as Ukraine, Belarus and Lithuania on its Eastern border, Poland represents probably the most successful example of a swift transition from Communism to a vibrant democracy based on free market ideas. Its geographic position and historic legacy bestow a particular sense of seriousness with which Warsaw is approaching the challenge many are now calling Moscow’s ‘New Generation War’ fully on display in Ukraine. Poland does not take Russia’s challenge lightly, with an 18% increase in its defense spending this year alone—backing up its concern with important action.

Indeed, while an increase in defense spending is certainly a welcomed step, Warsaw’s growing contribution to European security should not be taken for granted. The overall political situation in Poland is currently in flux thanks to upcoming elections. Importantly, one must also consider Polish perceptions of the security situation in Central and Eastern Europe given the combination of several key factors. Such factors include:

-       The perceived strength and determination of Russia to change the security dynamics in Europe as witnessed in Georgia in 2008, Ukraine over roughly the last two years and possibly in the Baltics in the coming months and years to come. Moscow’s massive military modernization, focus on “hybrid warfare” tactics, as well as the ability to utilize its own anti-access/area-denial capabilities have many concerned the balance of forces in Europe are turning against NATO and the U.S.  over the mid and longterm.

-       U.S. defense budgets that are declining with an emphasis in cuts on land forces—forces that NATO would need in a contest with Russia in a militarily landlocked Central and Eastern Europe located at the extremes of the U.S. Navy power projection reach —while Washington focuses more on naval assets needed to deter China in Asia as part of its “pivot” or “rebalance”.

-       Perceptions in changes to German foreign policy. Some in Poland now argue Berlin is slowly attempting to restrict America’s role as an important security provider while looking to augment their own dominant position in Europe. If such a move is truly occurring, Germany will need a steady Russia as an “indispensable” element of a stable security architecture, a Russia that is a partner of both Germany and the whole of Europe—a possible explanation for its own weak approach towards Moscow. Thus Berlin may become more and more reluctant to embrace an increased American security focus and presence in Central and Eastern Europe. All this may alter the security architecture in an overall direction that accommodates Russian goals.

Considering the above three perceived trends, America should alter its approach towards Poland and in fact the NATO alliance. The below should be strongly considered as ways to not only enhance Warsaw’s security—but reinforce the very nature of European security as a whole.

Despite strong American desire for only a rotational presence and prepositioning in Europe it might be time to consider a different approach. Washington could send a strong signal to its NATO allies—and augment its position in the region—by supporting a larger than planned U.S. presence in Poland and Romania. Considering the challenge presented by Russia, such a move would reinforce Washington’s conventional capabilities in the region but also reassure critical allies that America will not abandon them in crisis or for a contingency in Asia.

Considering events instigated by Russia and not challenged by Germany combined with many European nations perception of U.S. decline and possible abandonment for Asia, Washington must consider new ideas to enhance European security—ideas that might be out of its natural comfort zone. America should consider helping Poland acquire independent, efficient and modern combat capabilities. This should be a cross-domain effort (land, air, sea and cyber).

Enhancing Polish indigenous military capabilities to the extent that Warsaw feels able to deter or hold out in conflict long enough against Russia until substantial NATO/U.S. combat forces arrive will convince the Poles and others in the region that the United States is committed to European security.

Pressure on Germany and Peace in Ukraine:

For Poland, it is of extreme importance if the German position on Ukraine and Russia were balanced by U.S. pressure going forward. The failure of America to shape German behavior and attitudes in the East and the continued failure to make Poland truly believe that U.S./NATO security guarantees are ironclad is dangerous. Timely American pressure on Germany could cause Berlin to accept much needed NATO eastern flank basing along with the deployment of permanent U.S. assets in Poland and Romania. Additionally, one way to increase pressure on Germany could be to pursue increased military aid for Warsaw and an enhanced U.S./NATO presence in Poland during the upcoming NATO Summit in 2016. There is also the possibility of rebasing some U.S. assets from Western Europe, in particular Germany, to Poland.

Looking Towards the Future:

Clearly Poland’s geographic position places it at the very heart of Europe’s greatest challenge—a Russian ‘bear’ with clear intentions of reshaping the post-Cold War European security order in its own image. The time has now come for a major shift in America’s perception of its commitment to Central Europe. Warsaw is clearly in need of a stronger commitment from Washington in a time of strategic uncertainty—a time when America must anchor its interests in Europe given Germany’s more independent minded foreign policy goals and weak approach towards Russia. Without substantial commitment from the United States, Poland may choose its own strategy of survival in orienting towards Germany. It is the time for the United States to step up support for Poland in terms of material, basing and pressure on allies who may have different concepts of security—now and continuing on into the future.

Jacek Bartosiak is a Visiting Fellow at the Potomac Foundation. Since 2013, Mr. Bartosiak has served as Council at the National Centre for Strategic Studies (NCSS) based in Warsaw, Poland. His areas of expertise include: grand strategy, modern warfare, maritime domain and Polish national security issues. He is a frequent contributor to print and broadcast media in Poland and internationally; and an advisor to parliamentary and presidential bodies on security matters.  Mr. Bartosiak is an expert of the Jagiellonian Club and a member of the Republican Foundation as well as the Polish Navy Ship Construction & Procurement Council.