Political Correctness Has No Place in Fighting Terrorism 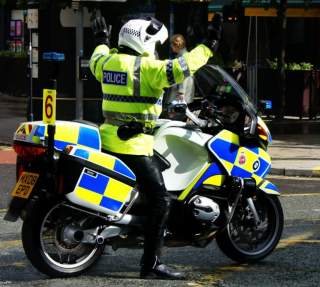 There is no question that there is an inherent need for nuance in counterterrorism efforts in this second decade of the twenty-first century. The nature of terror threats are often rapidly evolving and may run counter to popular media narratives. For example, while the media in the United States may focus gratuitously on the threat of ISIS operatives returning from the battlefields of Iraq and Syria to conduct attacks on domestic soil, it may end up being radicalized individuals without international travel and training experience (like San Bernardino) who end up doing the most damage.

Western European countries face similar terror threats to the United States, although there, given certain cultural and geographic factors, the threats are often more imminent. The recent attacks in Paris and Brussels by locally-raised but ISIS-directed individuals started difficult but necessary dialogues on radicalization among disaffected youths, and the de facto segregation of Muslim community experiences in Europe. These dialogues will no doubt play an integral role in shaping counterterrorism efforts there in the years to come.

Yet this new dialogue must go hand-in-hand with practical counterterrorism measures, which do not always enjoy the luxury of pre-implementation debate. It is incumbent upon specialized counterterrorism teams to do their best with the information they have available to them regarding the current nature of threats. Highly realistic training exercises, carefully planned and coordinated down to very minute details, are essential to their preparation in responding to the next potential attack, bringing us to this maddeningly frustrating headline from the United Kingdom. According to the BBC article, the Greater Manchester Police (GMP) were “forced to apologize” for racial stereotyping in a counterterrorism exercise which simulated a Paris-style suicide attack on a shopping mall.

What is so frustrating about this article is that the GMP should be apologizing for absolutely nothing. The brouhaha over stereotyping in the exercise erupted over the mock-bomber’s shouting of the Arabic phrase “Allahu akbar” (roughly “God is great/greater”) before detonating the simulated explosion and commencing the attack. In a statement on the exercise, Assistant Chief Constable Garry Shewan began by stating the obvious:

It is a necessity for agencies including the police to train and prepare using exercises such as this so that we would be in the best possible position to respond in the event that the unthinkable happened and an attack took place.

"The scenario for this exercise is based on an attack by an extremist Daesh-style organisation and the scenario writers have centered the circumstances around previous similar attacks of this nature, mirroring details of past events to make the situation as real life as possible."

The statement should have stopped there without need for further clarification. Regrettably, Shewan felt obliged to continue:

"However, on reflection we acknowledge that it was unacceptable to use this religious phrase immediately before the mock suicide bombing, which so vocally linked this exercise with Islam. We recognise and apologise for the offence that this has caused."

This apology apparently followed criticism of the kind quoted in the article such as Manchester “peace activist” Dr. Erinma Bell’s assertion that “a terrorist can be anyone” and “we need to move away from stereotypes.” While those statements are technically true only by virtue of their hyper-generalized nature, these sorts of knee-jerk, politically-correct reactions are divorced from reality and unquestionably deleterious to counterterrorism efforts. The exercise planners’ inclusion of that specific Arabic phrase in the exercise is entirely justifiable, given its prominence in attacks by Islamic extremist organizations like ISIS and al-Qaeda. Indeed, shouting in Arabic (and particularly the phrase “Allahu akbar”) is part of the standard modus operandi in many of these attacks. Fort Hood, Paris, Brussels, Nairobi,  the recent stabbing attack on a Munich train, and the countless ISIS propaganda videos featuring suicide attacks and beheadings are but a few examples illustrating this point.

There is undoubtedly a benefit in ensuring that the dialogue on the roots of terrorism remains constructive. There should be a clear distinction between the beliefs of the Muslim populations of the United States and Western Europe and the extremism of groups like ISIS. Yes, it is true that “Allahu akbar” is employed in many other (non-violent) contexts within Islam. And yes, it is true that some non-Muslim individuals have been and will continue to be terrorists; they should be classified as such. Even the debate within Islam itself as to whether groups like ISIS are truly Islamic will certainly continue. However, political correctness should not so dominate these discussions that counterterrorism exercises are stripped of key details which make them so realistic. When ISIS directly threatens the United Kingdom with attacks like those in Brussels and Paris, it is common sense that counterterror units there should prepare according to their recent MO. No apologies necessary.