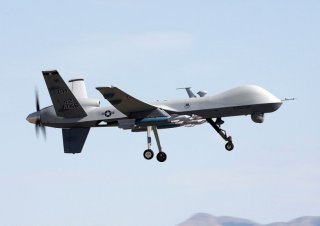 The most consistent and era-defining tactic of America’s post-9/11 counterterrorism strategies has been the targeted killing of suspected terrorists and militants outside of defined battlefields. As one senior Bush administration official explained in October 2001, “The president has given the [CIA] the green light to do whatever is necessary. Lethal operations that were unthinkable pre-September 11 are now underway.” Shortly thereafter, a former CIA official told the New Yorker, “There are five hundred guys out there you have to kill.” It is quaint to recall that such a position was considered extremist and even morally unthinkable. Today, these strikes are broadly popular with the public and totally uncontroversial in Washington, both within the executive branch and on Capitol Hill. Therefore, it is easy to forget that this tactic, envisioned to be rare and used exclusively for senior al-Qaeda leaders thirteen years ago, has become a completely accepted and routine foreign policy activity.

Thus, just as you probably missed the tenth anniversary—November 3, 2012—of what I labeled the Third War, it’s unlikely you will hear or read that the United States just launched its 500th non-battlefield targeted killing.

As of today, the United States has now conducted 500 targeted killings (approximately 98 percent of them with drones), which have killed an estimated 3,674 people, including 473 civilians. Fifty of these were authorized by President George W. Bush, 450 and counting by President Obama. Noticeably, these targeted killings have not diminished the size of the targeted groups according to the State Department’s own numbers.