A Preemptive Strike on North Korea Could Be Disastrous. Here's Why. 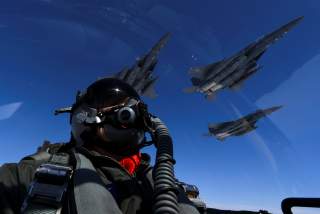 Articles discussing pre-emptive strikes on North Korea are now everywhere. Based on a small number of in-depth analytical studies, they detail military challenges, human costs and likely outcomes. While those articles prepare us for the short term, they ignore the potential long-term strategic change that would result from a conflict on the Korean peninsula.

We’ve seen this before in the lead-up to the invasion of Iraq in 2003. Articles discussed the military challenges, human costs and likely outcomes. But the conflict ultimately upset the delicate regional balance of power and led to an outbreak of suppressed identity conflicts, dispersion of military know-how, and an uncontrolled spread in disruptive ideologies. Those effects weren’t unforeseen, but rather ignored in the rush to war.

Before anything happens in Korea, we should be aware of the speculative long-term strategic implications of a pre-emptive strike.

First, conflict on the Korean peninsula could result in a momentous change in China’s role in the region and ultimately the globe. That could range from absolute regional dominance to collapse and disintegration into internal instability.

Regardless of the outcome of the conflict, South Korea could reject a self-interested, value-less, America-first approach to the region and choose to accept China’s dominance as the price to be paid for unification. For most South Koreans, China’s current steady position of reiterating the need for de-escalation, multilateral dialogue, and ultimately denuclearisation—essentially, diplomacy—stands in stark contrast to the incoherence and fecklessness of Donald Trump’s bluster. Throughout history, when China was weak, external states or greater independence came to the Korean peninsula. When China was strong, the Korean peninsula fell under its influence. It was from this point that China’s regional influence grew. China’s dominance on the Korean peninsula could again be a launching pad for dominance in East Asia.

Alternatively, unification could spread dissatisfaction and opposition to authoritarian rule across the region, leading to internal instability in China. Political disruption, economic dislocation and descent into instability are possible outcomes. Even in the most favourable unification scenario, North Koreans with direct or indirect experience of the momentous human rights abuses that China implicitly supported could act as a powerful constraint to China’s long-term influence in a unified Korea. China’s current policies aimed at maintaining the status quo are founded on the fears of such potential outcomes. Regardless of which way the dice fall, China’s regional role will change. A pre-emptive strike in Korea would precipitate that change.

Third, conflict on the Korean peninsula could result in an unbalanced and contested region. Sudden unification of North and South Korea would produce a single state with potentially divided loyalties and a population of around 75 million. A unified Korea would be within the range of major second-tier developed states, such as Germany (80 million), France (66 million) and the United Kingdom (64 million). An often-cited report by Goldman Sachs projects a unified Korean economy to surpass France’s, Germany’s and even Japan’s within 30 to 40 years. The stability of the entire region would depend on the direction in which a unified Korea turns.

All long-term assessments are inherently speculative and based on assumptions that may or may not pan out. But it pays to speculate when the costs are so high. Creativity in analysis is essential. Who would have thought that the Iraq invasion would have led to today’s Middle East and North Africa, as well as regional refugee crises and global terrorist threats? In hindsight, removing a known rogue to replace it with an unknown, unbalanced and contested region wasn’t good policy—and still isn’t.

As part of the region, and a country that has benefited substantially from prolonged stability and American dominance in East Asia, Australia, along with other regional middle powers, has a vested interest in avoiding such outcomes. Any discussion of a potential US pre-emptive strike should also include the speculative long-term economic, political and strategic implications.

Jeffrey Robertson is a visiting fellow at the Asia-Pacific College of Diplomacy at the Australian National University and assistant professor at Yonsei University in South Korea. He is the author of Diplomatic Style and Foreign Policy: A Case Study of South Korea (Palgrave, 2016).