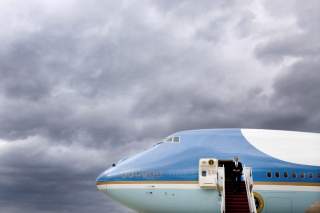 It is difficult to imagine how the past week could have gone much worse for President Obama and his signature foreign policy initiative, the “pivot” or “rebalance” to Asia.

But first, give credit where credit is due. Obama became the first American president to visit Laos and took meaningful steps to pursue deeper ties with that landlocked country. Obama’s meeting with Lao President Bounnhang Vorachith and his participation in the East Asian Summit for the fifth time further cemented the renewed US role in Southeast Asia and telegraphed to regional leaders that the United States would not quietly cede the region to Chinese dominance. Meanwhile, a last-minute meeting with President Park Geun-hye made for a symbolic display of unity in the face of unrelenting Chinese pressure on Seoul over the deployment to the peninsula of the American Terminal High-Altitude Area Defense (THAAD) system.

These are notable accomplishments, but the president’s final trip to Asia may be remembered instead for the many things that went wrong, starting from the moment Air Force One touched down in Hangzhou for the G20 summit. Whether “Stairgate” was an unfortunate public snafu or an intentional snub, it was certainly an embarrassment for the president—one for which no Chinese apology was forthcoming—and set the tone for the rest of the trip.

Philippine president Rodrigo Duterte may be a loose cannon, but his insult of President Obama (and his mother) certainly evinced a lack of respect both for the American president and for the American alliance. Obama was right to cancel the scheduled meeting with Duterte, who did end up expressing “regret” that his comments “caused much controversy.” And although one might excuse the earlier insult as a slip of the tongue, no similar rationalization could be made for Duterte’s decision to go off-script during his speech at the EAS and lambaste the United States for the deaths of Filipinos at the hands of American soldiers dating back to the late 19th and early 20th centuries.

The Obama administration deserves credit for the opening to Burma and for supporting that country’s ongoing process of democratization, but one hopes that the American president was struck, as he looked around the gala dinner table, at the remarkable democratic backsliding that has taken place in Southeast Asia on his watch.

Duterte was, of course, elected democratically. But his war on drugs appears to be rife with human rights abuses and his libelous attacks on a legislator investigating the anti-drug effort threaten the underpinnings of Philippine democracy. Prime Minister Najib Razak, with whom Obama nurtured a personal relationship, has further curtailed freedoms in Malaysia and is now apparently under investigation by the FBI in relation to a major Malaysian corruption scandal. Thailand, meanwhile, experienced its latest military coup in 2014 and recently adopted an illiberal constitution, which may restore the veneer of democracy, but not the substance.

Of course, Washington cannot control domestic political developments in its allies and partners. Duterte did not steal the election; Filipinos voted him in, fair and square. Malaysia was already, effectively, a one-party state. That Razak would want to cling to power should not come as a surprise (though perhaps the sheer scale of his possible embezzlement should). The Thai coup can only be understood within the unique context of Thai politics and a potential royal succession crisis.

Even so, Washington is responsible for how it responds to these developments. And at times it has appeared to be tougher on allies Thailand and the Philippines than on serial rights abusers like China, which is becoming less free by the day. The quiet human rights diplomacy that the administration prefers with Beijing has not been so much in evidence with Bangkok and Manila, where it might actually work. The result? Thailand has already drawn closer to China, and the Philippines under Duterte may do so as well. The developing relationship with Kuala Lumpur hasn’t necessarily taken a turn for the worse, but it does seem to have stalled.

Add to this rogue’s gallery the leaders of Vietnam, Cambodia, Laos, and Brunei, and it’s clear that the Association of Southeast Asian Nations has come to be dominated by strongmen, at least for the time being. Yet the administration has continued to embrace the nebulous concept of “ASEAN Centrality.” In his speech to the Australian parliament in 2011, President Obama named democracy and human rights as one of the three pillars of his pivot to Asia; that pillar is cracked, maybe crumbling.

Economics comprised a pillar of the pivot as well, but all is not well on that front. At one point, the president may have hoped he would be celebrating the Trans-Pacific Partnership’s ratification with some of his colleagues on the sidelines of the EAS. Instead, he had to spend time convincing them that the TPP is not a dead letter, that Congress will approve the deal, despite all indications to the contrary.

Crucially, security was the final pillar—actually, it was listed first—described in the 2011 speech announcing the pivot. And here, too, there were signs of great strain—beyond strained alliances—during the president’s trip to Asia. The appearance of numerous Chinese Coast Guard, fishing, and possibly other vessels at the disputed Scarborough Shoal last week made for a nice reminder that Xi Jinping takes seriously neither international law nor President Obama’s commitment to defend American and allied interests in the South China Sea. It is also telling that no Southeast Asian leader joined President Obama in calling for adherence to the Hague tribunal’s ruling on the South China Sea from earlier this summer.

Yet the Scarborough demonstration was little more than a tweaking of the president’s nose compared to the literal bang that accompanied his departure from Laos. Prior to starting on his journey homeward, President Obama enumerated three foreign policy priorities for his remaining months in office, including securing greater Chinese cooperation in bringing pressure to bear on North Korea. Kim Jong-un, ever the spoiler, promptly tested a nuclear weapon, his most powerful yet.

President Obama had hoped his trip to China and Laos would help cement his administration’s legacy in Asia. Unfortunately for the president, it did just that.