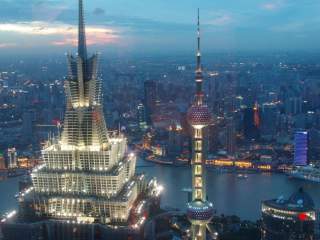 Can China continue its stunning transformation from economic backwardness to become a modern economy? The Reserve Bank of Australia gathered leading experts from around the world to debate the issue in Sydney last week.

When economists gather together, there is never a definitive resolution. Everyone, however, agrees on one thing: China needs an economic transformation. The double-digit growth of China's pre-2008 period was unsustainable, and the future pace of growth (officially put at around 6.5-7 percent) requires less investment and more consumption. Can the current share of investment (close to half of GDP) be cut back while still maintaining the overall growth target?

When China began its growth spurt in the 1980s, there had to be a substantial “rotation” of GDP in favor of investment. This is the familiar textbook “accelerator” process: to produce an extra dollar of output, you need to invest around three dollars to increase the capital stock. If you want to grow at 10 percent, you have to put 30 percent of GDP into investment just to keep capital/output the same. Higher living standards require capital deepening as well, so you need to invest even more.

China's current sequence is, in fact, a common pattern in the countries which have already achieved rapid convergence. Japan, Taiwan, South Korea, Hong Kong and Singapore all exhibited this extraordinary capacity-enhancing rise in investment, largely funded from a spectacular rise in domestic savings. China's investment/saving performance has been outside this prior experience, but not by much.

Not all of these precedent countries had a seamless transition from the take off growth-spurt back to longer-term sustainable pace of growth. But Singapore, South Korea, Hong Kong and Taiwan pulled it off successfully. This should give some confidence that China can scale up this same sequence.

So far so good. The apex of China's growth trajectory was the pre-2008 decade. Double-digit growth was made possible on the supply side, by a rapid expansion of investment, and on the demand side, initially by exporting, as reflected in a current account surplus of 10 percent of GDP in 2007.

The 2008 Global Financial Crisis brought this phase to an end. With global demand weak, the current account surplus fell dramatically—to less than 3 percent of GDP. The shortfall in demand was filled by a huge policy stimulus (close to 10 percent of GDP), not in the conventional form of fiscal expansion, but through the easing of direct credit controls. This meant that China not only avoided the global slump (and thanks to that, Australia did also), but actually restored double-digit growth in 2010 and 2011 while the rest of the world was mired in the Great Recession.

But this too was unsustainable. With credit constraints eased in 2009, China's overall debt position went from being financially conservative to being an over-leveraged outlier. China can't go on supporting high investment by increasing financial leverage. This is where China is now. The rotation from investment to consumption has begun, but is hardly perceptible in aggregate data.

Will China follow the successful transitional example of South Korea and Singapore rather than the unhappy experiences of Thailand and Japan?

The mechanics of this key challenge were set out in one of the conference papers. The paper explores a rotation of 1 percent of GDP per year (investment share of GDP down 1 percent, consumption up, to offset) which would bring China to a more normal GDP composition by 2030, with investment around 30 percent.

What's so hard about that? Especially as this probably overstates the required transformation for an economy still on the above-average-growth path of convergence. Well, this would require investment to grow much more slowly than it has in recent years, which might reduce overall growth. If overall growth slows, a recessionary dynamic gets underway, with slower income growth dampening consumption.

The authors of this paper are cautious about the prospects. And these rotation transformations are not the only things that can go wrong. Some worry that the inefficient state owned enterprises, diminished in importance though they now are, are still large enough to weigh down productivity and profits. Others worry that the necessary reforms in the financial sector will be neglected in the interests of keeping investment going.

That said, the mechanical calculation in this paper does plot out a feasible transformational path. There are shoals, but the transit is navigable. China has other things going for it. Boosting consumption seems a far easier policy challenge that the more common task other countries face: restraining consumption. Transformations are easier in a fast-growing economy like China, than in a stagnant one like Japan, as growth reduces excess capacity over time. While rebalancing expansion currently requires investment growth to slow and sectors such as housing construction to contract sharply, China's capital stock per worker is a small fraction of that in the US and its housing stock will, in time, need to be greatly augmented and upgraded. There is much worthwhile investment to be done in due course.

The Chinese authorities have already pulled off a succession of substantial transformations: the initial rotation in favor of investment that expanded productive capacity; the saving increase that funded this from domestic sources, leaving China free of international debt; the urbanization that provided the labor for industry; and the reduction of the current account surplus after 2007. And it's not as if the authorities have no policy levers. They can tweak both investment and consumption with their traditional command-and-control levers, supplemented by the newer, market-based instruments.

Put a group of economists in a room together and they will fret about textbook issues such as rebalancing demand. It may be that China's tougher challenges lie elsewhere: pollution, water, climate change, politics and the many surprises that litter the path of economic development.

Stephen Grenville is a Visiting Fellow at the Lowy Institute for International Policy and works as a consultant on financial sector issues in East Asia. Between 1982 and 2001 he worked at the Reserve Bank of Australia, for the last five years as Deputy Governor and Board member. This article first appeared in the Interpreter.