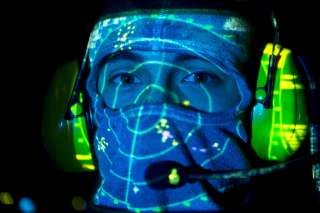 According to a statement released by the Navy, hackers have acquired sensitive information on over 130,000 Navy soldiers. “Unknown individuals” accessed the data via a single laptop owned by an unnamed employee of the Hewlett Packard Enterprise Services, whom the Navy awarded a $3.5 billion contract in 2013. The HP business and technology subsidiary notified the Navy on Oct. 27.

“The Navy takes this incident extremely seriously -- this is a matter of trust for our sailors," said Chief of Naval Personnel Vice Adm. Robert Burke in the statement. "We are in the early stages of investigating and are working quickly to identify and take care of those affected by this breach."

According to the Navy Times, the personal data came from the Career Waypoints database, known as C-WAY, which helps sailors reenlist or shepherds them through occupation changes. The leaked information included the names and social security numbers of 134,386 current and former sailors.

No reports to date indicate any misuse of the information gathered in the breach. The investigation will require another couple of weeks, the service said. And as the investigation wraps up, the Navy will notify any affected soldiers by email, by phone and by mail.