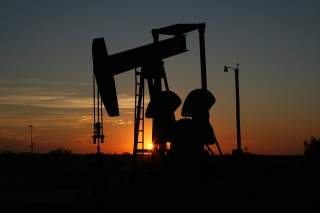 Americans could be forgiven for thinking fracking poses an inherent threat to groundwater.

The anti-fossil fuel “Keep It In the Ground” movement has waged a multi-million dollar campaign to convince the public of that exact claim, even though there has never been any evidence to support the accusation. Indeed, anti-fracking activists were peddling “fake news” long before the media professed any concern about it.

But a landmark report from the U.S. Environmental Protection Agency (EPA), released earlier this month, finally puts that talking point to bed. After more than half a decade of study, the EPA concluded that “the number of identified cases of drinking water contamination is small” compared to the total number of hydraulically fractured wells.

Put differently, activist claims about “inherent risks” to groundwater are simply not true.

Of course, EPA did its best to soften the blow to the “Keep It In the Ground” crowd. The agency stressed that oil and gas development as a whole “can” have impacts “under some circumstances,” a fact that was already known before EPA began spending nearly $30 million in taxpayer money to assess the risk.

EPA also claimed “data gaps and uncertainties” prevented them from making broad-scale conclusions, which is odd considering how Congress appropriated EPA the money in order to derive a conclusion about the overall risk.

Even the agency’s admission that the number of contamination cases was small was omitted from EPA’s press release. It had to be pried out of them from the media.

In the agency’s draft report, released in the summer of 2015, EPA explicitly said they “did not find evidence that these mechanisms [fracking] have led to widespread, systemic impacts on drinking water resources.” The data did not change, but EPA removed that line from the final report.

EPA is now defensively claiming that political pressure played no role in how they characterized their results.

Regardless of EPA’s press strategy, one thing is abundantly clear. The lack of evidence of water contamination from fracking is now the data. Multiple officials at the EPA, the U.S. Department of Energy, and the U.S. Geological Survey have either said there is no evidence of widespread contamination, or have released reports showing no such evidence exists. Peer-reviewed studies have consistently found little if anything to substantiate the idea that fracking can contaminate groundwater.

At a certain point, you have to accept that the lack of evidence actually means something, especially considering the extensive studies that have taken place.

But if you’re waiting for environmental groups to acknowledge the scientific realities of fracking, don’t hold your breath. The Sierra Club still claims on its website that “fracking has contaminated the drinking water of hundreds of thousands of Americans.” Food & Water Watch responded to EPA’s report by claiming it shows “the inherent harms and hazards of fracking.”

It’s odd how members of “Keep It In the Ground” love to call their opponents science deniers, considering they are willfully denying what the scientific community has said and continues to say about fracking.

Anti-fracking groups have done a masterful job of scaring the public about oil and gas development. Thankfully, we now have proof that their central claim is without merit.