Report: NATO Has Little Confidence In Its Ability To Counter Russian Attack 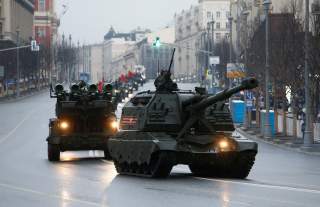 NATO has little confidence in its ability to counter a Russian attack against eastern European members, according to a leaked internal document.

German newspaper Der Spiegel published excerpts from NATO’s “Progress Report on the Strengthened Deterrence and Defense Capability of the Alliance” in its Saturday edition. The report outlines the alliance’s ability to “react rapidly and – if necessary – sustainably” in the event of a crisis.

The report concludes that smaller command structures and logistical difficulties puts the alliance at a disadvantage if Russia makes a move on countries such as Poland, Estonia, Latvia or Lithuania.

“NATO’s ability to logistically support rapid reinforcement in the strongly expanded territory of the European commander’s area of responsibility has atrophied since the end of the Cold War,” the report said, according to Der Spiegel.

Russia is estimated to have the military capacity to overrun NATO forces in the Baltics in as little as 36 hours, according to a report from American think tank Rand Corporation. NATO has vastly reinforced its presence on Russia’s doorstep in recent years, but defense ministers call for a modernization of the alliance.

“We know that we must adapt and modernize the alliance and its command structures,” Norwegian Defense Minister Ine Eriksen Søreide told Spiegel.