Report: Social Security Could Be Doomed in As Little As 13 Years 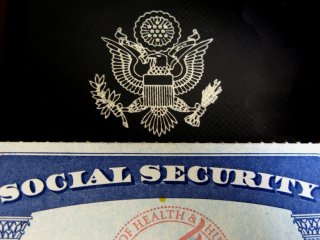 Millions of Americans depend on Social Security, and the government program is going broke. If Congress doesn’t take action to reform the nation’s largest entitlement program, its looming insolvency likely will lead to large benefit cuts along with large payroll tax increases.

The Congressional Budget Office and the Social Security Trustees each year report on long-term projections for the program and its financial solvency. Their predictions have deviated drastically from each other over the past couple of years.

Why do the projections differ, and who should policymakers trust?

Both sets of assumptions are estimates. Both models have a degree of uncertainty.

For fertility rates, the trustees’ model predicts a 2.0 total rate, slightly higher than the CBO’s predicted 1.9.

As for mortality rates, the CBO assumes they will decline faster than does the trustees’ model.

On Sept. 21, the House Ways and Means Committee held a hearing called “Understanding Social Security’s Solvency Challenge” to get a handle on why the reports from the CBO and the trustees contain such different long-term projections.

For example, CBO’s demographic assumptions exacerbate the demographic challenges of Social Security with projections that lower the worker-to-beneficiary ratio at a faster rate than the trustees do.

This partially explains why the CBO has an earlier date for exhaustion of the Social Security trust fund. The other reason is economic assumptions. The trustees’ projections predict a higher gross domestic product over the 75-year period than the CBO does.

The CBO predicts retirement of baby boomers will push labor participation rates down from 62.5 percent today to 60.6 percent in 2026 to below 60 percent by 2030. In comparison, the trustees’ report predicts labor force participation rates gradually will rise after 2020 because increased life expectancy means people stay in the workforce longer.

Both federal agencies’ projections, however, illustrate that Social Security is in deep trouble and must be reformed before it is too late.

Keith Hall, director of the CBO, said during the Sept. 21 hearing that “both projections show a system with significant financial shortfalls,” and both agencies “expect the combined [OASI and DI] trust funds to be exhausted in the second decade of the projection.”

Congress could address Social Security’s dire financial state in a couple of ways.

Congress should not raise the payroll tax or raise the payroll tax maximum. This would result in “economically damaging marginal tax rates on middle-income and upper-income earners” according to Heritage Foundation policy analyst Rachel Greszler, without solving the program’s financial problems.

This is not a situation the government can tax its way out of.

Congress instead should reform benefits by better targeting individuals that will need them the most. This includes raising eligibility ages gradually and predictably to reflect the increase in life expectancy and adjust to demographic changes. This reform also would encourage people to work longer, resulting in additional revenues.

Congress should further phase out the complex benefit formula in favor of a predictable, anti-poverty benefit that protects the most vulnerable seniors in their later years.

Congress should act now to preserve Social Security’s promise for vulnerable seniors and individuals with disabilities, without burdening younger generations with excessive debt and taxes.