Republicans Had a (Sort of) Foreign Policy Debate Last Night: Who Won? 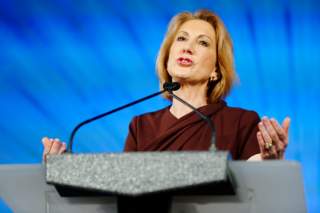 You know the populists have a point when the most sensible voice on foreign policy is a former neurosurgeon who’s never recorded so much as a Senate vote in his life.

Yet that was briefly the case at last night’s Republican presidential candidates debate. While Marco Rubio and Scott Walker relentlessly tried to out-hawk each other, Dr. Ben Carson sounded like the in-house therapist, gently trying to talk down the others with aphorismic advice. “There are smart ways to do things and there are muscular ways to do things and sometimes you have to look at both of those to come up with the right solution,” he counseled.

Carson’s overarching point—that after 9/11 America should have pursued energy independence instead of the Taliban—was impractical. Nevertheless his answer stood out. There was a strong contingent of uber-hawks on the dais last night. But there was also a motley brigade of less-than-hawks who provided some dissent when it was badly needed.

Take the scuffle over the Iran deal. Every Senate Republican and every House Republican but one voted against it, positioning the scenery for what should have been universal opposition. Yet the pugnacious Governor John Kasich chose instead to defend working within the deal’s framework. And while Rand Paul declared that he’d vote against the agreement, he said the idea of a future president jettisoning it was “absurd.”

These were refreshing exchanges in a Republican field where the primary debate over the Iran deal has been how quickly a future president should tear it up (Scott Walker: on the first day; Ted Cruz: in the first nanosecond; Jeb Bush: some time after that), and where candidates’ positions are historically informed by George W. Bush who scuttled European negotiations with Iran during his second term over his insistence that Tehran not have any nuclear technology. Paul, in particular, played the part of cerebral realist, and the Cleveland audience seemed at least marginally interested. He got a fair amount of applause when he argued that America’s toppling of Middle East dictators had empowered radical Islam.

I’ve avoided mentioning Donald Trump until now, since he did plenty of that on his own last night. Yet even he took time to boast about the fact that he’d opposed the Iraq war. And while he emptied the entire contents of his meager lexicon against the Iran deal (“incompetent,” “never seen anything like it,” “incompetent”), Trump has said he wouldn’t tear it up on day one.

Ultimately, though, the dominant subject at last night’s debate wasn’t foreign policy; it was Donald Trump himself. The most circulated videos are of various candidates tangling with Trump, whether Carly Fiorina calling him out for his personal attacks, Rand Paul questioning his temperament, or Jeb Bush getting dragged into a fruitless tit-for-tat over whether The Donald tried to buy him off when he was governor of Florida. Trump, for his part, was in full form, and somehow managed to call Fiorina beautiful and Paul ugly in the same hour.

As a political writer, I’m required by law to list winners and losers after these things, so here goes. Carly Fiorina won the night, thanks to her steely attacks on Trump and Planned Parenthood. Chris Christie was at his unvarnished, law-and-order best, though I wish he could get through one outing without checking in at the Rudy Giuliani School of Shameless 9/11 Exploitation. Rand Paul overcame some serious adversity—an end-of-the-stage podium, constant assaults by Trump—to lead the night’s most interesting discussion on drugs. Marco Rubio continued his shrewd strategy of staying positive and avoiding Trump.

The losers were the four frontrunners. Donald Trump was boorish, and Ben Carson, though occasionally sensible, was much too somnolent. Scott Walker underperformed the most, unwilling to deviate from his script and unable to make his attacks on Trump stick.

And pity poor Jeb. We all thought his wrongheaded stance on Common Core would be his heftiest liability; instead it’s the man forever standing to his left: Donald Trump. Bush was feistier with his chief tormentor last night, but he ultimately came off as the guy in every bro comedy who’s just broken up with his longtime girlfriend and is out at the bar with his ribald friend Donald Trump, earnestly trying to meet people in spite of his niceness. I doubt the man who said he wanted to run for president only if he could “do it joyfully” wants to lock horns with the former Apprentice host again. Can you blame him?

One final question: What happened to Hugh Hewitt? Whatever you think of his bombs-away foreign policy, Hewitt is a talented interlocutor and the only interviewer to have seriously bamboozled Donald Trump. He was selected as a questioner for last night’s debate and fawning profiles of him were deployed in anticipation. Yet he seemed relegated to the background.

Perhaps that’s because the drama too often took precedence over the policy last night. Still, there were a few mature CNN moments in this otherwise E! debate.