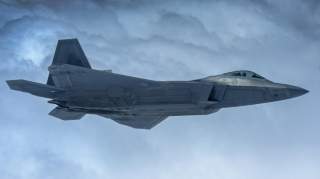 “The first responsibility of the acquisition workforce is to think.”

Despite persistent myth, the average profit margin for defense companies is half the margin for S&P 500 companies.  Whether that bargain is good for warfighters and citizens depends on DoD acquisition goals and what that policy actually achieves in security, cost effectiveness, and innovation.   But defense acquisition has performed poorly for decades and has been under constant reform during all of that time.  Lack of progress in acquisition reform suggests underlying assumptions in policy and reform to date are flawed, and that if any progress is expected in the future, then these assumptions and policies must be reexamined.  Otherwise, future progress is equally unlikely however comprehensive and well intentioned.

DoD profit policy continues to operate under the assumption that profit is merely wasted expense, or worse.

According to a Defense Acquisition University training presentation, “Many in Government see profit as ‘evil’ and unfair to the government vs. a required component of the acquisition process”. DoD leadership consistently denies there is a “war on profit”, but in 2013 HASC testimony, Pierre Chao showed something is clearly wrong with DoD profit policy: “Culturally we have evolved to a point where the system would rather pay $1 billion and 5% profit for a defense good, than $500 million and 20% profit.” The Defense Business Board agrees: “Profit is misunderstood by the government, [It is] seen as something to be minimized” and more comprehensively that “DoD lacks sufficient understanding of business operating models and drivers of innovation.”

Stories of $800 hammers and $1000 toilet seats are not lessons of industry greed.  Such prices are instead monuments to a broken acquisition system mired in regulation, process, oversight, and unique and changing requirements – all of which add to the cost of delivering what DoD acquires.  They have nothing to say about industry overcharging or profit.

Media and various watch organizations are especially responsible for feeding the public myth of a greedy defense industry.  This 2015 Washington Post headline Defense contractors hunker down, then report blistering earnings is at best misleading.  At the close of 2015, defense industry profits were again half of the S&P, and far less than profits for Dow 30 producers of hamburgers, diapers, and Coca-Cola, not to mention the truly prosperous producers of our iPhones and favorite apps.   Such stories needlessly inflame the ire of the public and Congress and result in ever more expensive and time-consuming legislation, policy, bureaucracy, and process.  Although responsible oversite is necessary for productive, accountable administration, in defense acquisition it has been driven to an extreme “accretion of laws, regulations, reporting requirements, and mandated procedures that are choking the system … Fully a third of our procurement dollars are going to ‘overhead’, much of it dictated by the choking layers of redundant and competitive overseers.”  (John Hamre, “An Honest Look at the "Military-Industrial" Complex”)

Numerous sources show the defense industry earns much lower margins than business averages.  Media sensationalism aside, no independent, authoritative study known to this author concludes that defense industry margins approach typical business averages.  Separate studies by Deloitte, Pricewaterhouse Coopers, and the Institute for Defense Analysis (IDA) all conclude that defense companies earn margins half of typical business averages.  The 2013 Grant Thornton study concluded "60% of participants reported either no profit or profit in the 1-5% range”.  DoD’s own Defense Business board, in its 2014 report: Innovation - Attracting and Retaining the Best of the Private Sector concluded: “Compared to other markets, the Defense industry has the lowest returns.”

One need not accept these reports and can instead do a basic comparison independently.  Simply download the list of top defense companies from federal procurement data here, and a list of the Dow 30 companies from CNNMoney here, and retrieve their publically filed profit margins using Google or Yahoo Finance.  The July 2016 comparison of 2015 profit margin for Dow 30 companies is 13.9%.  For defense companies, profit margin was 5.2%.  This basic analysis does not separate the commercial and military business of several companies appearing on both lists, and several top defense companies are private or foreign owned so public financial information is not readily available.  But accounting for these factors and more sophisticated analysis drives only to the more rigorous conclusions of the studies referenced.

Predictably, DoD’s study arrives at a different conclusion.  Its 2014 report Performance of the Defense Acquisition System devoted considerable review of defense industry profit margin.  It concluded “Overall, from 2010, the margins earned by defense firms were not systematical [sic] different from the margins of commercial firms shown as a whole.”  But mathematically, DoD’s selective analysis showed defense firms earned 9% operating margin and commercial firms earned 11%, still significantly higher than defense firms though not as much as the independent reports. But the DoD analysis is contrived.  Defense firms are mostly from the top 10 primes providing the most technologically advanced systems ever produced to typical manufacturers of commercial capital goods, engineering services, and automobiles.  Particularly conspicuous from their absence from the list of commercial firms included in the DoD study are high tech companies, many of which DoD is courting with its Defense Innovation Initiative, and many of which earn margins in the commercial sector that likely would land them in front of Congressional committees if earned from defense contracts.  The 2015 Performance of the Defense Acquisition System report expanded its study of defense industry margins and this time concluded that first-tier subcontractor margins were higher than for primes reviewed in 2014.  This report promised “new work in this area”.

In their detailed examination of defense industry profit, neither report referenced any other public study, including their own IDA and Defense Business Board reports noted earlier here.  Nor did either DoD performance report link profit margins to any other defense acquisition goal, including DoD’s great drive today to attract new and innovative suppliers to work with DoD.

Both reports reflect DoD’s public rhetoric of reasonable margins tied to performance.  It is an eminently responsible statement. But it is empty without context, and hazardous to taxpayer interests when it drives unproductive process, consumes scarce resources, and frustrates other goals such as the critical need to attract the brilliant minds and performance needed to execute the defense strategy based on technical dominance we depend on.

No one disputes the legitimate interest of any buyer striking the most favorable bargain it can negotiate, nor denies the sacred trust of the taxpayer’s interests.  But like other aspects of acquisition policy, DoD’s approach to fair and reasonable profit is an insular one.  It assumes a captured supplier base on which to impose its will. Despite DoD leadership claims to the contrary, DoD policy in practice is that industry profit must be identified and minimized at seemingly any cost.  But today’s markets are not only national, but global, and suppliers have a choice about what customers to serve and whose problems to solve.

DoD price analysis is done per the weighted profit guidelines DFARS 215.404-71 and worksheet form DD 1547 which establish the governments negotiating position.  The process is supposed to be used in contracts requiring profit analysis but it inevitably works its way into other types of negotiations as well. It is supposed to account for technical, management, performance, and contract type risk suffered by the contractor and capital assets employed by the contractor.   But these are all internal government assessments concerning the contractors business, about which government likely knows little, and it fails to account for myriad other business risks.  Furthermore, despite the name, the weighted profit guidelines are not about profit at all.  They are instead about fee, or the amount the government will pay above estimated costs.  Profit is what remains after taxes (nominally 35%), and costs unallowable by government but necessary to run a business (nominally 3%).

In addition to how much DoD will allow in fee, DoD diminishes profit further by also restricting to what fee may be applied.  For example, DoD objects to charging fee for subcontracted work.  But this has negative side effects for other DoD goals by encouraging vertical integration or bringing work in-house which tends to concentrate the defense industrial base and harms small business.