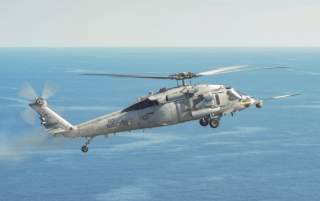 I’m in Taiwan this week as a guest of the Chinese Council of Advanced Policy Studies, speaking at the ROC (Taiwan)–US–Japan Trilateral Security Dialogue, a meeting held annually since 2011. It’s a similar idea to the Quadrilateral Plus Dialogue, in that it’s a group of democratic states with a stake in Asia–Pacific security getting together to examine where their interests overlap and how we might cooperate on security matters.

Also like the Quad Plus, there’s an obvious “elephant in the room” in the form of the PRC and the way in which it’s driving regional thinking on security issues. This post is extracted from my conference paper, written for the session on maritime security.

Maritime security in the Asia–Pacific region has been largely underwritten by the capability of the United States Navy for the past 70 years. That reflects the circumstances at the end of WWII, when all the Asian powers were weakened by years of war, and in Japan’s case by disastrous defeat. It was a regional manifestation of a global rewriting of the world order, which saw the United States being the dominant power everywhere but Eastern Europe. The global economic system defined at Bretton Woods reflected the unrivalled financial strength of the post-war United States, and the global trading system became increasingly liberalized. The net result was the creation of a system in which many nations prospered—not least of which those in Asia over the past quarter century. The Soviet Union, for most of that period the only serious geopolitical rival to American power, finally collapsed when it couldn’t match the economic growth that was powering its rivals.

Today we’re seeing the metastable post-WWII order coming under serious pressure. Ironically, the main challenge is coming from China, perhaps the biggest beneficiary of the United States led order. The U.S. and other countries, including Australia, helped the PRC enter the world economy and set it on the path to becoming the world’s largest economy. It was always the hope—and probably expectation—that the PRC would ‘normalize’ into the world community and become a partner in the order from which it had benefitted so much. I think it’s fair to say that most of us are disappointed, if not outright alarmed, at the actual trajectory the PRC seems to have chosen for its rise to the top of the list of world powers.

China is throwing out significant challenges in all aspects of national power. Its economic clout is considerable, its military power is growing rapidly, its espionage activities are very successful and it isn’t afraid to use any or all of those to pursue its own interests. Of course all countries do that to some extent, and we shouldn’t be surprised when China puts its own interests first. But what’s different, I think, is that China appears to want to be the most successful player in a game in which it defines its own rules, rather than becoming a powerhouse in the order that the rest of us have been happy to operate within.

American naval power has been mostly uncontested for decades, and the Soviet Union was much less strong at sea than on the land or in the air, but it’s now coming under pressure in the Western Pacific due to the growing ability of the PRC to field anti-access and area denial capabilities. I don’t have to explain here in Taiwan the difference in PLA capability relative to the US today compared to 20 years ago during the third Strait crisis.

That has led some commentators to argue that the ability of the U.S. to underwrite the security of its partners and allies in this part of the world has declined. I’m not so sure of that. It is certainly true that there is much less qualitative difference between PRC and U.S. capability today, and due to proximity, the PRC probably has a quantitative advantage in most circumstances. But it is far from being able to overwhelm the United States, and any significant armed clash would still be disastrously costly (increasingly for both sides). The forces of the US still represent a substantial deterrent to overt military adventurism, and the question ultimately boils down to one of American resolve.

The challenge for US allies and partners is to keep America engaged. In the past we’ve all tended to ‘free ride’ on American power. Japan is spending under 1% of GDP on defense and Australia 1.8%, while the US spends more than 4%. When there was no serious challenge to the U.S. Navy in our region that was a low risk strategy. But today we have to collectively think harder about the costs and benefits of alliance and partnership contributions. If the U.S. sees its good will towards its friends in the region being taken advantage of, it will have less incentive to continue to commit substantial resources, especially as the environment becomes ever more challenging.

Australia is moving to spend more on defense, and to align its forces with those of the U.S., so placing a bet that a stronger contribution to the American alliance framework will help underpin the current security structure. As we see in the South China Sea, that strategy is vulnerable to ‘chipping away’ at the periphery, which the PRC is currently doing, but it probably still represents the best alternative in the big picture of regional security.