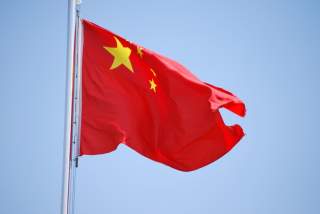 China's GDP data for the second quarter of 2015 was released Wednesday. The headline number of 7% growth was perfectly in line with China's growth target for 2015, and was unchanged from the first quarter. These headline numbers indicate how much the economy has grown from a year earlier. Quarter-on-quarter growth picked up from 1.4% in the first quarter to 1.7% in the second quarter.

My Twitter feed filled up with more skepticism than usual about these numbers. Notably, during the press conference that follows the data release, the Financial Times asked the Chinese National Bureau of Statistics (NBS) about the quality of the GDP deflator. FT had reported on concerns about the deflator in June. For what it is worth, I think such concerns are probably overdone.

In any case, there was a different number that caught my eye. According to the NBS, 60% of GDP growth was accounted for by consumption in the first half of the year, up 5.7 percentage points from last year. Until this point, China has moved at an almost glacial pace toward more consumption-driven growth. We may be witnessing the start of a more distinct shift. These numbers reflect changes in volumes, rather than prices. I've written before about shifts in prices, and why falling commodity prices may see the share of consumption in GDP increase.

But we need to be careful. Financial services, some of which are used in consumption, contributed significantly to growth in the first and second quarters. Financial services grew by 17.4% over the first half of the year, compared to the first half of last year. The next best industry was 'Other Services', at around 9%. Booming stock markets contributed to the growth, as turnover in the Shanghai and Shenzhen bourses increased. However, that boom is finished. The markets are now a shadow of their former selves. It will be interesting to see how this is reflected in the next GDP release.

The recent plunge in stock prices has attracted many headlines. We've seen falls of around 25% in the last few weeks. But this correction isn't close to the worst falls seen in China over the last 10 years. There was a bloodbath in 2007-08, when the Shanghai Composite Index fell from 6000 to 2000. Yet that bloodbath had little material effect on the economy.

The stock market does not look to be of systemic importance to the Chinese economy. It is relatively small, it is not a major source of finance for firms, and stocks are not widely held. The stock-market falls will likely see some effect on GDP numbers because there will be lower financial-services demanded in the economy, but I don't anticipate the recent ructions precipitating any sort of crisis. Some estimates I've seen suggest something like a 0.2 percentage point subtraction from growth in the third quarter—small stuff.

There is, nonetheless, something disconcerting about recent events in the Chinese stock market. The Chinese authorities have moved to aggressively support equity prices, even though stocks still appear over-valued. This is a far cry from the rhetoric that came out of the Third Plenum in 2013, where market forces were championed. If the stock market is not a systemically important part of the Chinese economy, why intervene like this? It has me a little confused.

One explanation focuses on the boom that preceded the bust. There were many cheerleaders who talked breathlessly of the boom in stock prices, even though it looked to be fueled by unsustainable margin lending. Some of these cheerleaders included state media. It looks like authorities staked some of their prestige on the boom, and cannot countenance the bust. If true, that's concerning.