Revealed: U.S. Workforce Could Drop by 2 Million People Due to Obamacare 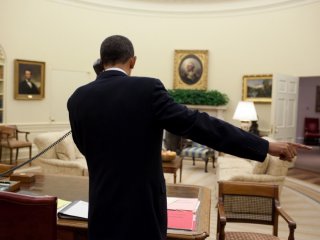 Over the next decade, two million workers could decide to leave the workforce because of Obamacare, according to a new report.

According to the report from the Congressional Budget Office, the workforce is projected to shrink by 2025 by just under 1 percent—the equivalent of two million full-time workers—because of the health care law and its incentives for workers.

“Some people would choose to work fewer hours; others would leave the labor force entirely or remain unemployed for longer than they otherwise would,” the CBO said in its report.

Under the law, consumers do not have to rely on employers for insurance and can purchase coverage on the federal and state-run exchanges. Additionally, Obamacare implemented subsidies available for consumers who qualify based on their income, which the CBO said raises the “effective tax rate on earnings” on those who no longer qualify for subsidies as incomes rise. These two factors suggest some workers may opt to retire or work part time rather than full-time.

The nonpartisan agency pointed to increased tax rates, new coverage expansions and penalties on employers and individuals for not providing or having insurance as reasons for the projected decline.

Such provisions, the CBO said in its report, could lead workers to decide to either leave their jobs or reduce their hours.

The agency contended that Obamacare’s effects on the workforce are uncertain, which it attributes to uncertainty in workers’ responses to the incentives created under the law, which includes the ability to gain coverage independent of employers.

The CBO’s findings come just days after the Senate passed a reconciliation package repealing key provisions of the health care law for the first time. The House is expected to approve the legislation. However, President Barack Obama will veto the repeal package once it gets to his desk.

Still, some Republicans pointed to the report as a further example of Obamacare’s negative consequences.

“When the president’s health law hurts the labor force at the same time it increases health care premiums and taxes, it’s clear the law is not working for the American people,” Sen. Orrin Hatch (R-UT), said. “The CBO’s latest report confirms yet another broken promise and negative consequence stemming from Obamacare.”

In a previous report released in February 2014, the CBO estimated that the 2.5 million workers would leave the workforce in 2024 because of Obamacare.

Melissa Quinn is a news reporter for the Daily Signal, where this article first appeared.