Revealed: Why a Clean Energy Revolution Won't Be Easy to Achieve 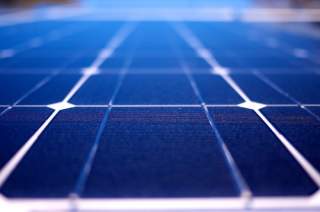 Had you asked most analysts a year ago what it would take to decarbonize the transportation system without aggressive new policy you’d have got an answer something like this: You need low-carbon technologies that can beat $100 oil on its own terms. And if you ask the same question today about electric power, you’ll usually hear that zero-carbon technologies need to come in at costs under the ever-rising cost of grid-distributed, fossil fuel generated electricity, a rather fat (and growing) target.

Both answers are wrong. The fundamental problem is that substantial initial success in displacing fossil fuels with zero-carbon energy will drive down the price of the remaining fossil fuel energy. (The supply-driven fall in oil prices hasn’t helped either.)  This means that, absent policy, clean energy will face an ever-tougher economic challenge as it increasingly succeeds.

Consider transportation fuels. A surge in oil production has driven prices well below where people previously expected them to be. But the same thing would have happened to prices had there been a surge in deployment of ultra-efficient cars or low-carbon biofuels that had the same impact on the supply-demand balance. And – this is the critical thing – effecting such a surge is exactly what people who want a clean energy revolution envision. If the world shaved, say, ten million barrels a day off its oil consumption over the next decade, oil prices would be far lower that if that didn’t happen. That would make the next ten million barrel a day reduction considerably more difficult.

Something similar applies to electricity. If you’re only expecting a little distributed solar penetration, then it’s reasonable to assume (as a widely circulated recent Rocky Mountain Institute report does) that it’s competing with grid-generated electricity that needs to charge ever-more over time in order to pay for investment in transmission, distribution, and new generation capacity. But if you’ve got massive penetration of distributed solar in mind – say, the kind of stuff that might trigger “death spirals” and utility bankruptcies – then you’re not going to see those same price increases. (Bankrupt utilities don’t invest in new anything, and they certainly don’t generate revenues that recover all their costs.) You’ve already seen a variation on this with coal to gas switching: cheap gas displaced some coal-fired generation, but once it had done that, the remaining marginal unit of coal-fired power was a lot cheaper; as a result, gas stopped making such radical inroads. Once again, for a new technology to take a massive share of the market rather than just nip at its fringes, that new technology will either need to have steadily (and often sharply) declining costs, or will need a helping hand from policy.

Some models, of course, capture these equilibrium dynamics. But too much thinking about what it takes to effect large-scale change implicitly assumes that large-scale change won’t actually happen. That’s a recipe for understating what a big transition would require.