Revealed: Why Kim Jong-un Executes So Many North Korean Officials 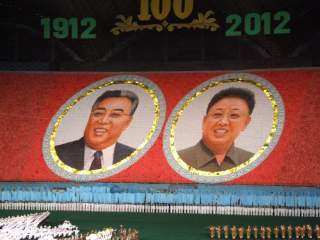 Indeed, South Korean officials recently told the Associated Press that Kim Jong-un has executed some 70 senior officials since taking over power in December 2011. Calling Kim Jong-un’s time in power a “reign of terror,” South Korea’s Foreign Minister noted that his father, Kim Jong-il, only executed around ten officials in his first years in power. The natural conclusion to this is that Kim Jong-un’s grip on power appears to be much more tenuous than his father’s was at this point in his rule.

But the comparisons between Kim Jong-un and Kim Jong-il are extremely misleading at best. When Kim Jong-Il officially took over power from his own father, North Korea’s eternal leader Kim Il-Sung, in 1994, he already benefited from decades of preparation and grooming. Some North Korean experts— such as Jang Jin-Sung, a former United Front Department officer and poet laureate to Kim Jong-il—claim that Kim Jong-il had usurped his father in power as early as the 1980s. By the time of his death, these experts say, the eternal leader was merely a figurehead.

Much like his son and the current leader of North Korea, Kim Jong-il was able to usurp his father through good \ old-fashioned purges, including against members of his own family. As Jang relates in his memoirs Dear Leader: My Escape from North Korea:

The most troubling aspect for me at the time was Kim Jong-il’s merciless rule by purging, which did not spare members of his own family. As soon as Kim Jong-il had consolidated his power, he used the "side branch" notion to designate members of his family who were like side branches of a tree that must be pruned for the tree to grow tall and strong. To begin with, his uncle Kim Yong-ju and stepmother Kim Sung-ae were placed under house arrest; and in 1981, he ordered that the children of Kim Il-sung’s supporters should not to be accepted into the Central Party. This became fixed as an internal regulation in the OGD [Organization and Guidance Department]. Kim Il-sung’s associates began to disappear one by one.

Even those who dispute that Kim Jong-il had already supplanted Kim Il-Sung by the time of the latter’s death do not dispute that Kim Jong-il was groomed for the throne for at least a decade before coming to power. It follows that he did not need to purge many officials in his early years in order to strengthen his grip on power. Any officials who might have threatened him were already dealt with while Kim Il-Sung was still alive.

In these circumstances, it is unsurprising that Kim Jong-un resorts to extensive purges, especially considering his efforts to weaken the power of the military and push through limited economic reforms.

But the larger question is what do these purges say about Kim Jong-un’s grip on power? As with most things involving the North Korean regime, it’s impossible to say with any degree of certainty, and it’s reasonable to assume that Kim Jong-un is not quite as secure as his father was at this point during his rule, given the quick succession of power.

Nonetheless, the widespread view that the purges indicate that Kim Jong-un’s grip on power is tenuous is just as likely to be dead wrong as accurate. Indeed, that Kim Jong-un has been able to execute such powerful figures as his uncle Jang, who was widely seen as the second most powerful figure in the country, suggests that Kim has quite a strong grip on power, and he is using his security to squash any potential challengers before they emerge as real threats to his power.