Rodrigo Duterte: A Bull in a China Shop (And the U.S., Australia and Others Will Have to Pick Up the Pieces) 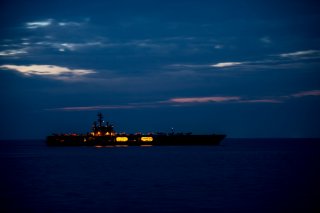 In announcing a separation from the US, the Philippine’s President Duterte recently flagged a closer relationship with China, stating, "America has lost…I’ve realigned myself in your [China’s] ideological flow." Although Duterte subsequently walked back from his position, the perception is emerging that the Philippines under Duterte is at best charting a more independent path, and at worst, decisively aligning with China.

On the South China Sea, Duterte indicated that he’ll put aside the outcome of the Arbitral Tribunal and engage with Beijing bilaterally. In an apparent quid pro quo, Chinese Coast Guard vessels have left the Scarborough Shoal. This implies reward for Manila for aligning itself with Beijing. The risk is other ASEAN states will seek similar benefit, further undermining the already fragile ASEAN unity. Beijing already has enough influence over Laos and Cambodia to make consensus over ASEAN joint communiqués on the South China Sea impossible. Having the Philippines in its pocket would allow Beijing’s to divide and weaken ASEAN, and the Philippines’ leadership of ASEAN in 2017 could further enhance Beijing’s influence.

Duterte also suggested reviewing the 2014 Enhanced Defense Cooperation Agreement (EDCA), which allows the US regular access to five Philippines bases under the 2011 Manila Declaration. Even if EDCA survives, an unpredictable and hostile Duterte, motivated by a lifetime of personal resentment towards America, could cause severe problems for Washington. His threats to end joint US–Filipino naval patrols and US Special Forces operations against Islamist groups in Mindanao would sour relations even further. Purchasing Russian and Chinese military hardware would probably end the US–Philippines defense relationship. It would certainly tear a hole in the Obama’s rebalance to Asia.

Clearly the next US administration can’t simply continue with the same policy as before. A Philippines realignment would be a huge blow to US interests in Asia, and if TPP ratification also fails, the confluence of two such important events would introduce greater uncertainty to what would follow a failed US Rebalance. The US needs a new strategy for Asia, but any policy change will take time to emerge after the new president’s inauguration, and may be outpaced by events—as was dramatically demonstrated by Duterte’s time in Beijing last week.

Kurt Campbell has already been thinking about that challenge, and argues in The Pivot (2016) that the American strategy for Asia must evolve if it’s to be successful. Campbell lays out a ten-point plan which focuses on bolstering alliances through joining together the ‘spokes’ of the ‘hub and spokes’ arrangements and strengthening the various bilateral spoke arrangements. Although The Pivot was written before Duterte’s bombshell, Campbell’s suggestion of a federated approach through building greater integration in defense and security, economics, political and cultural ties between the spokes makes a great deal of sense. The goal of the Campbell strategy is to open up new opportunities for US forward presence by strengthening and integrating the other spokes, such as Japan, Australia, South Korea and key ASEAN allies. Hubs and spokes survive—but not as we know it.

As part of that approach, Campbell makes clear that the US has an interest in additional basing for its forces in Australia, including naval vessels and more regular joint exercises. He also specifically notes the potential for cooperation on missile defense as a counter to Chinese A2/AD capabilities.

Campbell’s suggestions are echoed in a recent report (PDF) by the US Studies Centre at the University of Sydney, which makes twelve recommendations for strengthening the US–Australia alliance. Those include deploying long-range airpower into northern bases, and homeporting a US carrier battlegroup in Australia. Certainly, in line with Campbell’s interest in joint missile defense, Australia could consider an option to fast-track acquisition of integrated air and missile defense against ballistic and land-attack cruise missile threats. Hooks for those already appear in Australia’s 2016 Defence White Paper. Those capabilities would be particularly important for countering submarine-based land-attack cruise missile (LACM) threats to Australian defense facilities used by US forces.

Missile defense would be more effective if the ADF knew where potential submarines capable of launching LACMs were, and that suggests greater efforts towards monitoring our underwater maritime approaches. We could work with the US to develop a Theatre ASW capability as part of an enhanced US–Australia partnership. That could eventually be expanded to include other key partners such as Japan in a manner that is consistent with Campbell’s suggested approach of building webs between spokes.

The strategy suggested by Campbell in The Pivot, and echoed by the US Studies Centre report, is more relevant than ever given the direction Duterte is leading the Philippines, and of the broader trends and events that are challenging US interests across Asia. Duterte’s approach will present a serious challenge to the next US administration, and by extension, to Australia’s regional security interests. His approach to foreign policy is akin to a bull in a China shop. The US, Australia and others will have to pick up the pieces.