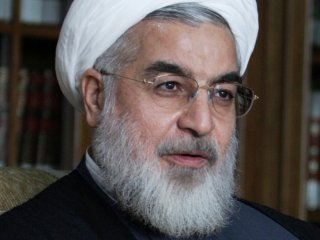 As exultant as U.S. President Barack Obama was on January 16 as the nuclear deal was finally put into effect, no one was as ecstatic that day as Hassan Rouhani. The Iranian president has staked much of his political future on completing what became the Joint Comprehensive Plan of Action (JCPOA), repeatedly promising to relieve his country of nuclear sanctions and hopefully jump-start a practically moribund economy. But success in Iranian politics breeds inevitable pushback from powerful rivals and even the Supreme Leader himself, Ayatollah Ali Khamenei. With huge economic challenges remaining and critical national elections in February, will Rouhani and his agenda survive?

In one sense, the earlier than expected arrival of Implementation Day is a triumph for Rouhani’s administration. The president hailed it as “a golden page” in Iran’s history. Achieving even symbolic levels of sanctions relief prior to the February 26 elections for the parliament and the Assembly of Experts, the body that will likely choose the next Supreme Leader, cannot but help boost public sentiment in his favor. Rouhani also continues to bask in the regime’s broad consensus around the deal and his diplomatic efforts.

However, the leadership in Tehran has maintained this consensus in part by delaying decision making on several key issues until Implementation Day, including Iran’s 2016-2017 budget and the Sixth Five-Year Development Plan. These items, along with the new Iran Petroleum Contract Model (IPC), embody the deep debates Rouhani and his allies have been having with Khamenei and other conservatives about how Iran should engage world markets and rebuild its economy. How much stake should foreign companies have in Iranian energy concerns and other industries? Which economic sectors will get the most significant reform? How will the monies from oils sales and sanctions relief be spent?

Both the budget and development plan were finally submitted to the parliament on January 17. Rouhani can sidestep these issues no longer. The president also knows these challenges will be compounded by inevitably unmet expectations for rapid growth and lowered inflation after the sanctions are gone. (The most recent IMF report estimates that Iran’s GDP would only grow 0.5 percent in the coming year, and that inflation would continue to hover around 15 percent.) The public debate about how Iran needs to move forward may not only create a political mess immediately prior to the February elections, but also dominate the remainder of Rouhani presidential term and reelection bid next year.

Rouhani suffered a major defeat this week when approximately 60 percent of candidates in the February parliamentary elections were disqualified by the Guardian Council, the body charged with determining electoral eligibility. The vast majority of reformist candidates and many current parliamentarians—some reports indicate as many as 50—were also rejected.

The president had anticipated this fight back in the fall when he made the highly unusual and risky move of publicly demanding the Council to stick to its constitutional role and be judicious with candidate qualification standards this cycle. This caused an uproar with principalists and other hardliners, but Rouhani knew the more conservatives forces in the system feared his popularity after the nuclear deal could bring a significant number of the president’s moderate and reformist allies into the parliament and Assembly of Experts. The hardliners would make their stand in Guardian Council. So far they are winning.

Rouhani responded that he will “use all of his power” to address the disqualifications. Iranian news outlets have already reported that Rouhani and his erstwhile ally Parliament Speaker Ali Larijani will meet soon with the Guardian Council to discuss the situation. It is unlikely, however, that the Council will change its mind on the vast majority of the disqualifications of reformist candidates.

Then there is the U.S. Department of the Treasury’s January 17 sanctioning of eleven entities and individuals linked to Tehran’s ballistic missile program. Foreign Minster Javad Zarif called the new sanctions “illegal” and Defense Minister IRGC Brigadier General Hossein Dehghan vowed that Iran would strengthen its missile capabilities in response. Rouhani knew this step from the United States was coming and could not have been happy about it, though any impact on his economic agenda is negligible.

If there is one bright spot for Rouhani after Implementation Day is that despite these new sanctions, the JCPOA will hold together. The regime is still committed to the deal and will not walk away blithely. But the president is still likely facing some very rough waters in the next few weeks and months. With sanctions lifted, the real battle for the Islamic Republic’s economic and political soul is just beginning.