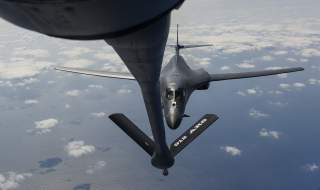 Russia and China are kicking off a series of joint air defense exercises called Aerospace Security-2017, highlighting the growing strategic partnership between the two great powers. In recent years, Russia and China have more or less set aside their differences dating back to the Soviet-era to jointly push back against the American-led liberal institutional world order.

“In 2nd Aerospace Security 2017 Russian-Chinese Anti Ballistic Missile (ABM) defence computer command post exercise (CPX) has kicked off in the Air and Missile Defence Research Institute of the Air Force Academy of the People’s Liberation Army of China, in Beijing,” reads a statement from the Russian Ministry of Defense (MOD). “In course of the exercise, the sides will practise cooperation of the Russian and Chinese Air and Missile Defence grouping to repel missile threats from third countries.”

According to the Russian MOD, there “troops from operational and tactical levels are involved” in the exercise, which runs through December 16. The Chinese Ministry of Defense offered some additional details. "The militaries of China and Russia will hold a joint anti-missile drill based on computer simulations from Dec. 11 to 16 in Beijing," said Wu Qian, a Chinese Ministry of Defense spokesperson, said.

According to the Chinese Defense Ministry, the joint Russian-Chinese missile defense drill are designed to help the two countries prepare for a surprise attack. “The drill aims to help the two sides cope with any sudden or provocative attack of ballistic or cruise missiles in the countries' territories,” reads a Chinese MOD statement.

Wu stated that this the second time this exercise has been run and it is “not directed at any third party”—which is a pro forma statement. However, Russia and China have been drawing closer together over the past several years. Dmitri Trenin wrote in his book Should we fear Russia? that the emerging Russian-Chinese partnership can best be described as an entente. “Strategic coordination between Moscow and Beijing would remain loose, but, in the larger scheme of things concerning the world order, Beijing and Moscow will be on the same side.”

The Russians and the Chinese have both resent American dominance of the so-called rules based international order. Both have ambitions that are stymied by the Washington. Thus, even if Moscow and Beijing do not quite see eye-to-eye on all matters, on the broad scheme of things, they can cooperate where their interests meet. “The Greater Eurasian they are constructing will not be run from a single center,” Trenin writes. “But their continental entente will essentially be aimed at limiting U.S. dominance on the edges of the continent and in the world at large.”

Indeed, the more America pressures Russia and China on various issues in their individual relations with Washington, the closer Moscow and Beijing will move to cooperate to balance against the United States. It all comes down to the balance of power.