Russia Is Only A Threat If We Let It Be One 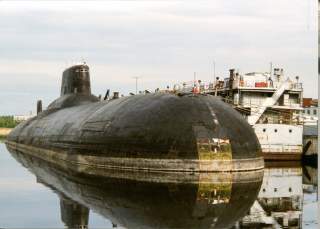 Russia is a declining power, a part-reformed, part-stagnant fragment of a shattered and spent empire. Vladimir Putin, though, has perfected a foreign policy built on equal parts chutzpah, gamesmanship, and bluff. His aim, after all, is not to rebuild a Soviet Union 2.0, nor to spread any ideological message abroad. It is, rather, to force or persuade the outside world to conform to his will, to allow him to claim a sphere of influence and exempt Russia from those influences of the global order he finds constraining, from international law to human rights.

His is the geopolitics of extortion, to look threatening enough that the West decides it is best and easiest to let him have his way. Judging by articles such as Loren Thompson’s recent ‘Why The Baltic States Are Where Nuclear War Is Most Likely To Begin,’ he is having some success.

Thompson’s fundamental premise is that there is a serious risk of a Russian military assault on the Baltic States, and if the USA resists, this may escalate to a nuclear exchange. So Washington should “find a way of loosening the commitments it has made” to the Balts. In other words, NATO collective security and international law be damned, the Baltic States should be considered eminently dispensable in the name of realpolitik.

A grim prospect for the Balts and exactly what Putin wants to hear. However, I believe there are strong grounds to challenge the premises of this perspective and thus its conclusions. Indeed, I would suggest that the wisest, safest and well as most honourable approach is to provide the Balts (and other front line states) with every guarantee, and that this will best avert even the risk of a hot war.

Russia has no territorial interest in the Baltic States. Estonia is not Crimea. Russia is undoubtedly bringing political and military pressure to bear on the Baltic States. But just as Putin intervened into Ukraine’s Donbas not as a land-grab, but to try to make Kiev accept Moscow’s domination (otherwise, he would have gone ahead with the short-lived notion of creating a puppet pseudo-state of “Novorossiya” there), his pressure on the Balts is as means, not end. His hope is to divide and dismay the West – and the very fact we are having this discussion is a victory of sorts for him – and persuade us to back off on what counts.

Ukraine counts, for Moscow. Whereas they have internalised that the Baltic States are now part of the West, they still see the rest of what was the USSR as their sphere of influence. More generally, the way Russia is treated counts: Putin still believes his is a global power, and ought to be considered as such by the West.

But there is no serious desire to start a war with the West to annex small countries whose main natural resources are their people, people who are demonstrably hostile to becoming Russian subjects. Even the Russian-speakers in the region, while having some specific grievances, show no signs of wanting to swap membership of a liberal, democratic, law-based and prosperous Europe for authoritarian, corrupt and impoverished Russia.

Nor is there any serious belief in Moscow that these states could be the launch pad for a NATO invasion. None of the military or foreign policy establishment figures I have met in Moscow regard this as a genuine risk, nor is it seriously discussed in the professional military press. Russia regards itself at war, to be sure, but a political, economic, and cultural struggle. To the Kremlin, we in the West are the ones trying to undermine the regime and reshape their culture. Of course that isn’t true, but in any case the “threat” Putin and his cronies fear comes not from NATO armies but the internet, sanctions, Interpol, and Western values. Seizing the Baltic States would do nothing to prevent that.

Russia is a subjective, not an objective threat. There is much debate as to quite how formidable its military really is (we’ve really only seen the best of them, in close-to-ideal conditions in Ukraine and Syria). Even if one accepts that they could quickly and easily overrun the Baltic States – though let’s remember that conquer is not the same as pacify, and the Balts would continue to fight – that would only be the start of the conflict.

Even if the USA and NATO were unwilling to counter-attack militarily, we should not forget that we have many other ways of fighting. We could shatter the Russian economy, seize all the assets of Putin’s cronies and cohorts, interdict its trade (it imports almost 40% of its food), crash its communication systems, and generally demonstrate what real power is in the twenty-first century.

And Putin knows this. We worry about Russian “hybrid warfare” (mixing military and non-military means), but the truth is that they think we invented and perfected this way of bringing down societies from without. They may look tough and confident, but they fear us – until we look too weak and muddle-headed to be fearsome.

Putin is working off prejudices and politicised information, but he is a pragmatist, not a fanatic. For all his macho posturing, Putin is actually quite risk-averse, acting when he believes he can be sure of a positive outcome. He can get things wrong, to be sure, and here I’d agree with Thompson that the risks lie in misunderstandings and intelligence failures. The Donbas adventure was such a blunder, and Syria may still prove to be one. In part, this reflects an intelligence and political apparatus that has learned largely to tell the boss what he wants to hear.

So there is scope for much bad analysis and wishful thinking to get into the Kremlin’s policy process. To this end, it is important that the West get used to communicating in headline, not fine print. The more ambiguity, the more chances that Western intent ends up being (mis)interpreted by Moscow wonks and courtiers.

NATO and security are not divisible, and real stability depends on making that abundantly clear. The day Washington makes the Balts second-class NATO members is the day the whole alliance starts to die. Central to its strength and rationale is Article V of the NATO treaty, the principle that an attack on one is an attack on the many. At present, there is a healthy regard in Moscow for Article V; if anything, I find Russians consider it more seriously than Europeans.

However, if it looks as if the United States, the core member of NATO, is no longer serious about Article V, it will dismay the front-line states and embolden Putin. Individual countries may feel they need to appease Moscow, no longer feeling secure, and the Kremlin in turn may be tempted to test the unity of the West.

At present, we face nothing more than trolling and testing; we are secure so long as we are united, and we are seen to be united. As soon as we start to question that unity and suggest that we may be willing to turn a blind eye to some Russian aggression, that is when the risk of conflict increases dramatically. Dams are strong when they are solid; even the slightest crack, and the integrity of the whole is lost.

Mark Galeotti is an incoming senior research fellow at the Institute of International Relations Prague, and formerly professor of global affairs at New York University’s Center for Global Affairs.