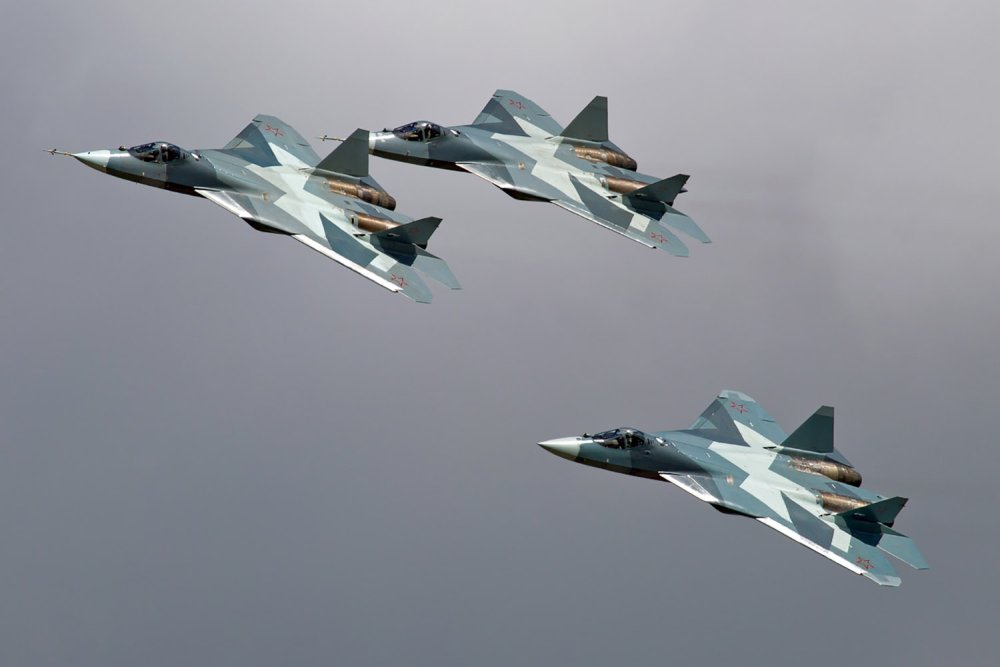 While the PAK-FA will likely be a formidable warplane, it is uncertain how many fully operation jets Russia will be able buy even after it completes engine development work for the T-50.

Russia has completed the first phase of government flight-testing for its Sukhoi T-50 PAK-FA fifth-generation fighter. Sukhoi is expected to complete developmental work on an initial operational version of the new stealth fighter in 2019, but the current iteration of the jet will only see a limited production run.

“Today is an historic event - a preliminary conclusion has been signed at the MAKS airshow on the state joint trials of the first stage of the T-50 aircraft prototype,” Russian Aerospace Force commander-in-chief Col. Gen. Viktor Bondarev said last week at the MAKS airshow in Zhukovsky out of Moscow according to the TASS news agency.

“We are now switching to the second stage of trials. Also, we have received a recommendation on beginning the manufacture of the plane’s pre-production batch.”

With research and development work on the airframe expected to be completed in 2019, Sukhoi expects to start to delivering initial production models to the Russian air force that same year.

“This is the year when we should complete the R&D work on the PAK FA.”

Slyusar confirmed again that the current iteration of the PAK-FA will be built in limited quantities until development is completed on a new engine.

“From the very outset, we proceeded from the fact that the final decision had been made on 12 planes," Slyusar said.

The Russians are continuing to develop the next-generation Saturn izdeliye 30—sometime referred to as the izdeliye 129—engines for the T-50. There are few details available about the izdeliye 30 engines, but the new powerplant is expected to deliver 24,054lbs dry thrust and 39,566lbs of afterburning thrust. The new engine is expected to make its first flight installed onboard the PAK-FA in the fourth quarter of 2017.

For most analysts specializing in the Russian military, the news out of MAKS simply confirms what was already known.

“It confirms PAK-FA will see a limited serial production run and is budgeted for in the upcoming GPV 2018-2025, though development work continues on an engine for this aircraft,” Michael  Kofman, a research scientist specializing in Russian military affairs at the Center for Naval Analyses told The National Interest.

While the PAK-FA will likely be a formidable warplane, it is uncertain how many fully operation jets Russia will be able buy even after it completes engine development work for the T-50. Given the sheer expense, the Kremlin might only buy the jets in relatively limited numbers. Thus, the aircraft might fill a role similar to that of the Lockheed Martin F-22 Raptor of which only 187 production models were built.

“It's unclear that Russia will actually have a fully operational variant until mid-2020s, by which time this is an aircraft that will serve alongside the Su-35s and Su-30SM,” Kofman said.

“Given its cost, Russia will have to purchase the serial production variant in small numbers, and continue to look for foreign buyers like India to help finance the establishment of a production line for this aircraft.”

Thus, it is likely that while the PAK-FA is likely to be a formidable warplane, it will probably be a niche capability for the Russian Air Force. The bulk of Russia’s airpower will continue to be filled out with advanced derivatives of the venerable Sukhoi Su-27 Flanker.

This article first appeared in July 2017.