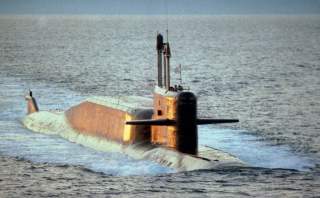 Earlier this month, on April 19, the State Commission on the development of the Arctic Regions convened in Moscow to establish a single company to oversee all the logistics operations in the Russian Far North (Arctic.ru, April 19). The move came amidst news reports showing little success, to date, in developing either the infrastructure or the cargo flows on the famous Northern Sea Route (NSR) along Russia’s Arctic coastline (The Independent Barents Observer, April 16).

For years, the NSR was presented by Moscow as a prospective alternative for shipping goods from East Asia to Europe. Russian officials argued that this wa­ter­way is much shorter than the “southern” route via the Malaccan and Bab-el-Mandeb straits and through the Suez Canal (7,600 versus 11,000 nautical miles). Goods traveling from Yokohama to Hamburg along the NSR could be mo­ved faster (30–35 days, compared to around 45 days if shipped along traditional sea lanes). This may be true, but the competing southern route still has many advantages—year-round access, multiple large ports along the way, easy procedures at the Suez Canal, etc.—while the NRS itself currently looks barely suited for modern shipping.

As of 2015, there were 11 “ports” along the NSR, but only one—the newly const­ru­c­ted Sabetta port on the Yamal peninsula—processes more than 500,000 tons of cargo per year (Rus-shipping.ru, accessed April 29). Most of the others have a turnover of less than 70,000 tons a year each. In comparison, the mid-si­zed Chi­nese port of Xiamen operates 186 million tons of cargo annually. In addition, there are no repair or fueling facilities suitable for modern ocean vessels anywhere along the entire route. Moreover, the icebreakers now in use are able to produce a 25-meter-wide ice-free passage, which me­ans the NSR cannot be used by either Suezmax or Panamax container ships at all. The first massive 60-thermal-megawatt icebreaker of the LK-60 project, Arktika, is supposed to become operational by 2019 (Rbc.ru, March 29, 2014). In general, the cost of shipping one twenty-foot equivalent unit (TEU) of cargo via the NSR is now 35 to 60 percent higher than along the southern route. And this price difference is growing rather than diminishing since Russia has been trying to force customers to pay for the investments it has made to improve the route.

When the decisions on the NSR’s development were taken in the mid-2000s, authorities bet on rapid growth of the volume of goods shipped. In 2011, Russian Security Coun­cil Secretary Nikolai Patrushev estimated that NSR turnover would grow up to 64 million tons a year by 2025 (Urfo.org, August 8, 2011); whereas, record volumes reached only 8.3 million tons in 1982. Moscow approved an ambitious modernization program for the NSR va­lued at 220 billion rubles (equal to $7 billion at the time), in 2014, for the next five years, not including the construction of new nuclear-powered icebreakers. But it is now clear that all these plans went bust. The use of nuclear icebreakers is too costly—$100,000 per day (Kommersant, April 16, 2013)—while demand remains low. Overall traffic has been relatively stable at bet­ween four and five million tons a year; but transit flows fell from a record of 1.26 million tons in 2012 (Expert.ru, November 27, 2012) to 274,000 tons in 2014 (Morvesti.ru, accessed April 23)—down to just 39,600 last year. In 2015, Russian authorities issued 125 per­missions for foreign-registered vessels to transit the route, of which only eight were actually used (Gudok.ru, February 15).

For now, the NSR remains a bluff, like, in general, all of Russia’s plans to deve­lop the Arctic. According to research conducted by the Centre for Post-Industrial Studies and commi­ssioned, in 2014, by FESCO Ltd., the only route the NSR could compete with is the route from Seattle/Vancouver to Northern European ports—i.e. it may attract some traffic going these days not via the Suez, but rather via the Panama canal (Author’s interview, April 23). Russia is beginning to understand that, as a transit corridor, the NSR will forever remain a money-losing enterprise. Af­ter years of forceful rhetoric, the new “Comprehensive Development Pro­ject of the NSR,” recently adopted by the Russian government, was immediately classifi­ed (Government.ru, June 8, 2015)—meaning it likely contains nothing positive.

In assessing the Northern Sea Route’s development, one should view it as a Soviet-style undertaking. The NSR is, today, being gradually reshaped as a non-commercial enterprise. To make it appealing to the world’s largest shipping companies, the Russian leadership will need to invest tens of billions of dollars in local infrastructure upgrades. But to do this, transit tariffs will have to skyrocket, thus leaving the southern route as the best possible option for shippers. The NSR can function as an economical transit route only if foreign shippers are subsidized by the Russian government, which cannot be the case (Rbc.ru, August 17, 2015). The NSR could have also been developed as a purely domestic project, but a market-oriented one: this was imaginable as corridor linking a sequence of offshore oil and natural gas exploration projects. But even at $100-billion-per-barrel oil, Gazprom was unable to deve­lop the giant Shtokman field in the Barents Sea. Any offshore drilling in the eastern part of the Russian Arctic, where the NSR may be of some use, is thus an illusion today—particular with oil trading at $40 a barrel and the overproduction of natural gas in Russia. There­fore, the NSR is destined to remain a domestic Russian sea route, but used primarily to ship goods designated for the military, which is now dep­loying in the Far North. Practically speaking, this means that the Russian military in the Arctic will be tasked with defending territories no one is claiming and riches that no one wants to extract from beneath the cold and icy ocean.

Those trying to raise the alarm in the West by in­sisting that Vladimir Putin wants (and is actually able) to defeat his adversaries by advan­cing in the Arctic (see The Times, April 20), are arguably wrong. If Moscow is indeed trying to build up the country’s High North and northeast, Russians will truly find themselves in another cold war, but one they certainly will not be able to win—a war with the cold. And if Russian leaders want to destroy their country in such a way, at least it will go bust more peacefully than under almost any other scenario.