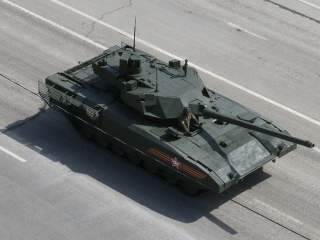 “3D printing has been implemented to speed up trial production,” Anton Ulrich, manager of the rapid prototyping lab at Electromashina, told 3Ders.org. “When a designer develops new products, he uses CAD software to produce a 3D model. So, using a 3D printer, we can quickly turn those 3D models into prototype parts. Now there is no need to order a sample component, and then, realizing that it doesn’t fit, have to order a re-run and waste metal. Furthermore, it is possible to produce not just small elements of a part, but the whole assembly, evaluating its mechanical characteristics before production.”

In the near future, Electromashina—which is a division of armored vehicle manufacturer UralVagonZavod—expects to start producing 3D printed titanium parts that are several meters in length for use in armored vehicles. However, in the short term, those components will be used for prototypes rather than for production machines. “3D printed components can go straight to consumers in certain industries,” Ulrich told the trade magazine. “But in the defense industry, standards are much higher.”

Perhaps the most impressive feature of the Armata series is the Afghanit active protection system (APS). The system uses a 360 active electronically scanned array radar and a potent electronic warfare system to disrupt the guidance of incoming rounds. It also has a countermeasure suite to jam enemy laser guidance systems. The tank also seems to be equipped with interceptor rounds for the APS.

The Russians have also taken steps to reduce the tanks radar and infrared signature so that it is more difficult to detect and track. However, should the tank be hit, the vehicle is protected by dual-layered Malachit explosive reactive armor in addition to robust passive armor—the composition of which is not known. It’s also equipped with slat armor to protect certain areas that would otherwise be vulnerable to rocket propelled grenades.

In terms of firepower, the Armata has an unmanned turret with new 2A82-1M 125mm gun. While the gun is shown firing in the video, both the tank and target are stationary—thus, not much useful information can be gleaned from the footage.

Dave Majumdar is the defense editor for the National Interest. You can follow him on Twitter: @davemajumdar.
Image: Wikimedia Commons/Boevaya mashina.