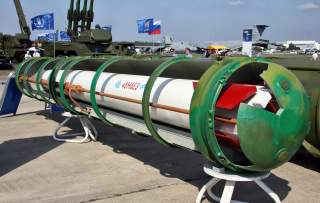 Aside from all sorts of political considerations, Chinese and Indian strategic planners will have to assess carefully the strict military dimension of the missile strike that the United States launched against a government-controlled airbase in Syria early on Friday.

China and India are both clients of Russia’s arms industry, and have bought a number of S-400 long-range air defense missile systems. The Kremlin is a historical ally of Damascus and deployed batteries of this advanced missile platform at the Khmeimim airbase near Latakia in western Syria after its intervention in support of President Bashar al-Assad.

On paper, the S-400 system is designed to destroy aircraft, drones, and cruise and ballistic missiles up to 400 kilometers away; it is also equipped with a radar able to detect targets at a range of 600km. Since its installation in Syrian territory, the action of Western and Turkish warplanes in support of rebel forces has been limited.

The presence of S-400 platforms in the Syrian theater possibly influenced the US strategy of attack against the Assad regime. The USS Porter and USS Ross, two Arleigh Burke-class destroyers stationed in the eastern Mediterranean, bombarded the Shayrat airbase in central Syria, which the Syrian Air Force used to launch suspected chemical attacks that left dozens of civilians dead in rebel-held Khan Shaykhun.

Though the Pentagon informed the Russian military beforehand of the impending operation, the US military command decided to attack from a safe distance. Tomahawk missiles have a range of 1,600km and their use in place of strike aircraft was probably intended to minimize potential losses caused by the very fast and precise S-400 surface-to-air missiles.

This could mean that the Pentagon acknowledges the effectiveness of the S-400 against warplanes and the electronic jamming capabilities of the US EA-18G Growler jets, which can weaken the operability of the Russian air shield in Syria but not neutralize it completely.

Thus the S-400’s deterrent function against aircraft sorties appears to be confirmed by the military option chosen by the United States to punish Assad. Chinese and Indian generals will be delighted with this outcome, which proves they have been right to bet on the S-400 system for their respective air defenses.

In particular, Delhi can reasonably be confident it will manage to undercut Beijing’s airborne capacities so as to gain aerial strategic parity in the Himalayan region, where the two countries have long-standing border disputes.

On the other hand, the barrage of Tomahawks demonstrated the Pentagon’s capacity to perforate the Russian defenses in Syria, possibly showing the vulnerability of the S-400 to low-flying missiles with small radar cross-sections.

The S-400 radar probably detected the Tomahawk swarm but the firing system apparently did not attempt to hit any missiles. It is now an open question whether Moscow’s military command in Syria deliberately opted not to engage the US missiles once informed of the imminent attack or, in contrast, was unable to react.

The Russian camp obviously leans toward the first scenario. In Moscow’s view, the interception of US Tomahawks by the S-400 system would have provoked a dangerous escalation. The fact that, after the US strike, Moscow announced its intention to strengthen the Syrian air defenses, however, is a sign that the Russian defense shield in war-torn Syria needs some improvements.

That said, all types of air defense systems, including the S-400, are still in large part untested as to whether they can resist multiple missile attacks. India and China should take that into account while focusing on the reinforcement of their own air and missile defenses. In this sense, the S-400’s mixed performance in Syria against the US Tomahawks should at least raise some doubt in Delhi and Beijing over the capabilities of this Russian arms system.