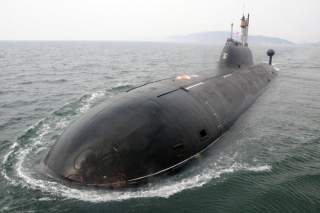 A couple of recent announcements indicate that Russian shipbuilders are continuing to struggle with construction of new types of ships. First came the announcement, right at the end of 2015, that the commissioning of the Admiral Gorshkov frigate was being delayed for another year, until the end of 2016. At the same time, the navy announced that the Admiral Grigorovich frigate will be commissioned in the first quarter of 2016. It had previously been expected to be commissioned in May 2015, before being repeatedly pushed back. In addition, commissioning of the lead ship of the Alexandrit-class (Project 12700) of minesweepers has been pushed back yet again, to May 2016. It was originally planned to be in the fleet back in 2013. And sea trials of the Ivan Gren amphibious ship were also delayed until the first quarter of 2016. As a result, in 2015 the Russian Navy received no new blue water surface ships.

On the other hand, it lost the services of several ships, including the Steregushchiy corvette that suffered a fire in April and both Neustrashimyi-class frigates. The latter ships are waiting to be overhauled at Yantar shipyard, but the overhaul will take a long time since Ukraine will not supply replacement engines for the ships. The lack of engines will delay construction on most of the larger classes of surface ships, including Project 22350 (Admiral Gorshkov-class hulls 3-4), Project 11356 (Admiral Gorshkov-class hulls 4-6), and Project 20385 (Stereguschiy-class variant, replaced by Project 20380 with less reliable Russian-built engines).

Submarine construction may seem better on the surface, with the commissioning of two Improved Kilo-class (Project 636) diesel submarines and the return to active service in 2015 of the Akula-class submarine Gepard and the Sierra-class submarine Pskov after length overhauls. While there is no doubt that Russian submarine construction is in much better shape than the construction of ocean-going surface ships, there are problems here as well. First of all, despite being commissioned back in 2013, the Severodvinsk SSN remains in sea trials for the third year.

But more importantly, development of a new class of diesel-electric submarines appears to be in trouble. Problems with propulsion systems have long delayed commissioning of the lead vessel of the Lada-class, resulting in the decision taken several years ago to build six Improved Kilo-class submarines for the Black Sea Fleet. The Russian Navy appeared to be moving on in announcing the successor Kalina-class, which was to have air-independent propulsion systems (AIP). Russian experts argued that AIP would be ready by 2017-18, and the new submarines could be built relatively quickly after that. However, the Russian Navy recently announced, with quite a bit of fanfare, that it had ordered another six Improved Kilo-class submarines for the Pacific Fleet. These are very good submarines, which undoubtedly be equipped with Kalibr cruise missiles that will give them a potent anti-ship and land-attack capability. But the implication of this announcement is that the Russian Navy does not expect to receive any of the new Kalina-class submarines any time soon, and is therefore ordering the tried and true submarines to fill the gap.

All in all, it seems that Russian shipbuilding is continuing to “tread water,” successfully building ships that it has already built in the past but having serious problems with delays in the new projects that were expected to form the core of the Russian Navy in the 2020s.

Dmitry Gorenburg is a Senior Research Scientist at CNA where he conducts research on security issues in the former Soviet Union, Russian military reform, Russian foreign policy, ethnic politics and identity, and Russian regional politics. He is also the editor of the journals Problems of Post-Communism and Russian Politics and Law and a Fellow at the Truman National Security Project. This piece originally appeared on Gorenburg’s Russian Military Reform blog on Jan 19, 2016.