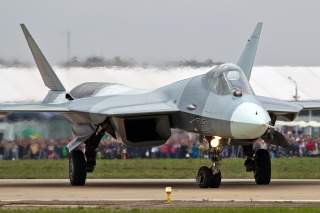 Combined with the dramatic collapse of the Russian economy in the wake of Western economic sanctions following the Russian invasion of Ukraine, the inflexibility of UAC made the Su-57 impossible to realize. No matter how large or populated, a country with GDP comparable to that of Australia cannot afford to play at being a superpower, fight a protracted war in Syria and develop its own stealth fighter.