Say What?: It Takes 300 Hours to Become a Shampooer in Tennessee 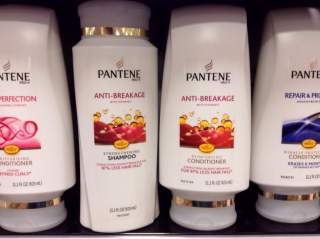 Tammy Nutall-Pritchard had been braiding hair with her older sister, Debra Nutall, since she was 18 years old.

Nutall taught Nutall-Pritchard the craft when she was 15, and the sisters would stand side-by-side behind the chairs of scores of clients at Nutall’s Memphis, Tenn., salon who came in to get their hair braided while chatting and gossiping with customers.

Nutall-Pritchard did well—she charged around $300 per head and sometimes made more than $1,000 each week.

“It gave me joy,” Nutall-Pritchard, 47, told The Daily Signal of working with her sister. “She told me, ‘You learn a skill, it will bring an income for you if you do it the right way.’ She taught me to be the woman I am today, and she taught me that you can be your own boss.”

But Tennessee’s onerous licensing laws governing natural hair stylists like Nutall and Nutall-Pritchard eventually drove Nutall out of the state she and her family have called home their whole lives.

As a result, Nutall-Pritchard, who worked at the shop for more than six years, was out of a job.

Now, the 47-year-old works as a school resource officer to support her three sons.

In the meantime, Nutall-Pritchard wants to continue working in friends’ salons, shampooing hair and socializing, while making some extra money on the side.

But in Tennessee, Nutall-Pritchard needs a license to do that, too.

So Nutall-Pritchard, with help from Nutall and Leanna Malone, Nutall’s granddaughter, teamed up with the Beacon Center of Tennessee, a free-market think tank, to challenge the state’s shampooing licensing laws and is arguing those regulations violate her economic liberty.

“To earn a living is a right,” he continued. “Everybody deserves a good job, and that’s something we should all be able to agree on.”

Nutall-Pritchard and Nutall have a long history of fighting licensing laws in Tennessee, but for them, the enduring battle scars come from regulations tied to natural hair styling.

Nutall learned braiding when she was a child and views it as an art form. At the time, there were no hair braiding salons and, as far as she knew, no easy way of opening one. So instead, Nutall decided to braid hair in between her 3 p.m. to 11 p.m. shift as a nurse’s assistant.

Nutall’s braiding was unique, and Memphis women began recognizing her styles in the supermarket or at the gas station. Nutall’s client base grew.

Nutall decided to purchase a space in an old bank building on Lamar Avenue in Memphis to compensate for her growing business. There, in 1995, she opened Dee-Nu-Tall Braid Academy.

Nutall continued to see success. After living on welfare and in public housing, the mother left the welfare rolls and bought a new house. The year she opened her salon, Nutall purchased her first brand new car: a 1995 Toyota Camry.

In 1996, the Tennessee General Assemblypassed a law requiring natural hair stylists to attain a cosmetologist’s license through the state’s Board of Cosmetology and Barber Examiners.

Natural hair braiders like Nutall had excelled in their craft for years, learning braiding from their mothers and grandmothers. But now, the state was telling them they had to log more than 1,500 hours of education through an eight-week course with costs topping $12,000, Nutall recalled, and all for a skill she pioneered in Tennessee.

The business owner lobbied state and federal lawmakers in both Nashville and Washington, D.C., urging them to roll back the regulation. Nutall tried to explain that a cosmetology license, which covers perming, relaxing, and dying, was unnecessary for natural hair stylists, particularly because their craft dissuades the use of chemicals used by cosmetologists.

“I wanted us to stand as a separate entity from cosmetology because we didn’t do anything with chemicals,” Nutall said. “We can twist hair with our hands or braid with our hands. You don’t even need combs necessarily.”

The state board didn’t budge, and Nutall ended up closing her salon in 2010 because of the expensive licensing requirements.

Instead, Nutall moved 13 miles south of Memphis, across the state line, and into Southaven, Miss. In the Magnolia State, another braider, Melony Armstrong, had successfully challenged the state’s licensing regulations for natural hair stylists, just as Nutall had attempted to do in Tennessee.

Because of Armstrong’s efforts, hair braiders in Mississippi pay $25 to register with the state and no longer have to log 1,500 hours of education and experience to earn a cosmetology license.

“When I had my own business, being restricted like that, it really takes away from your business,” Nutall said of Tennessee’s licensing laws. “It can cause you to fail as a business owner because you need to have as much activity of work going as possibly when you own a tight business. You don’t want to be the only one in there. You also want to make revenue and an avenue for other people to earn an income.”

‘The Door Is Barred’

In Tennessee, not only do natural hair braiders need to attain a license, but those shampooing hair in their shops—known officially as shampoo technicians—do, too.

The Tennessee Board of Cosmetology and Barber Examiners defines a shampoo technician as a “person who brushes, combs, shampoos, rinses and conditions upon the hair and scalp,” and the state began requiring shampoo technicians to attain a license in 1996.

To get a license, aspiring technicians must pay a $140 fee to the state, complete at least 300 hours of education in a course on the “practice and theory” of shampooing, and must be at least 16 years old.

A 2015 catalog of coursework from the Franklin Academy lists tuition for the shampoo tech program at $2,700, which doesn’t include the $400 required book and kit, or the $100 in application and registration fees. The Franklin Academy is a nonprofit institution based in Cleveland, Tenn., that trains those seeking licenses in cosmetology.

“The curriculum is burdensome, expensive, and totally irrelevant to what they want to do,” Boucek said. “The fact they’ll specify what kit you must buy and that you have to go to school shows they’re concerned about making the individuals spend money that benefits the schools and limits competition, which is what you would expect from a statutory regime that is designed to benefit existing market participants.”

Though the state outlines the requirements to attain a license to work as a shampoo technician, it’s difficult to find a school offering a program solely in that field. The Franklin Academy, for example, no longer lists “shampoo technician” among its programs of study in its 2016 catalog of courses.

Kevin Walters, communications director for the Tennessee Department of Commerce and Insurance, told The Daily Signal in an email that none of the licensed schools offer a program specifically for shampoo technicians. However, Walters said a student interested in attaining a shampoo technician license can ask a school to provide that program, and they will do so.

Boucek, though, pointed out that those looking to acquire a license to work as a shampoo technician are effectively forced to work toward a cosmetologist license, which requires more coursework and training.

“Either they’re doing it illegally, or licensed cosmetologists are doing it,” Boucek said of shampoo technicians. “That’s a full on career. You have to go to school for years. That’s singeing, cutting hair, straightening—all these things the shampooers don’t want to do.”

In Tennessee, attaining a cosmetologist license requires more money and more time than that of a shampoo technician. Aspiring cosmetologists must pay a $190 fee to the state, complete at least 1,500 hours in education, pass a class, take two exams, and be at least 16 years old.

As of April 28, there were 36 licensed shampoo technicians and more than 32,816 licensed cosmetologists in Tennessee, Walters said. Another 5,656 cosmetologists had expired licenses but were in a grace period for renewal.