A Scary Thought: An Air Force for ISIS? 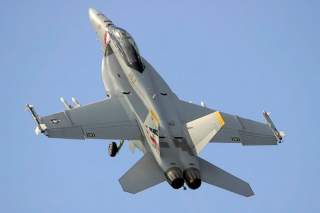 In a not too distant future, war has broken out between NATO and Russia. Battles are being fought all over Europe and Russian forces are moving to capture Paris. With sizable ground forces and air dominance, U.S. helicopters and tilt-rotors are supporting the troops overhead, forcing Russian troops to retreat. However, previously hidden among high-rise buildings, Russian attack drones break onto the scene, destroying much of the American attacking force.

Thankfully, this scenario is fictional, like one depicted in a scene advertising Tom Clancy’s game, EndWar. While Russian military strength is greatly exaggerated in the game, it does bring up a very interesting point of future threats America may face. The use of an unmanned air force against U.S. aircraft might not be science fiction for much longer, due to the increasing pace of the drone arms race. Ultimately, this could lead to state and, more troubling, non-state actors with the ability to use drones with devastating effect, even against U.S. airpower.

Much of American military dominance relies on airpower. This is effectively summarized in the fact that the second largest air force in world is the U.S. Navy. The United States has been able to maintain its large air fleets due to a robust economy and well-developed military-industrial complex. These economic factors have long defined who can field an effective air force, simply because there is a large network of supplies, technology, qualified technicians, pilots, facilities, and the money to maintain all of it. The primary reason drones are so attractive is that they are much cheaper than conventional airpower. Perhaps more personnel are required, but drones overall provide good “bang for the buck” in aerial capabilities. With mini-drones now available even on the civilian market, it is conceivable that much cheaper military grade options could soon be fielded as well. The cost-effectiveness of drones will make hegemony over the skies more difficult, as smaller, more mobile air forces can be thrown together by relatively weak powers.

Russia, China, and other state actors have expressed great interest in producing unmanned systems, which is rooted in their collective realization that they cannot yet challenge conventional U.S. air dominance. The Chinese went to great lengths to showcase their new military hardware for their VJ day celebrations, including a new Reaper-esque drone of their own. This buildup is only a small part of China’s ambitions for robotic systems. Besides the use of drones by Russia in Ukraine, they are also possibly working on an unmanned system capable of taking on US F-35s. Even Pakistan is making a splash on the scene, in which an indigenously built drone was recently reported as having killed three terrorists. This increasing pace of drone use and proliferation is already making unmanned systems a regular sight on modern battlefields.

Drones are also already in use by non-state actors. In the War in Donbas, not just Russian troops, but also local proxies are using drones to scout for the artillery. In the Syrian Civil War, ISIS has been touting its own use of drones for some time, particularly to reconnoiter Syrian Army positions. More recently, it has been configuring remotely-controlled toy cars and quadcopters with bombs for attacking the Peshmerga. Indeed, a drone was among the items captured by Turkish police in a recent raid on fighters bound for Syria.

While subnational actors currently use drones primarily for surveillance, this is bound to change. As the unmanned armed race accelerates, it is only a matter of time before armed systems will become cheap enough to produce for export to militaries and groups that have the will to fight and enough cash. Especially given the preference of the Russian and Iranian governments to have proxies do their work, the proliferation of armed drones will pose a real threat to U.S. and other forces fighting future threats. The U.S. needs to be ready for a future in which it might not have total air dominance, even when fighting non-state actors.

Blake Franko is a researcher on geo-strategic issues in Russia, Eastern Europe, and Eurasia. This piece first appeared on the Atlantic Council’s website here.