Selecting a Secretary of the Navy: The Andrew Jackson Way 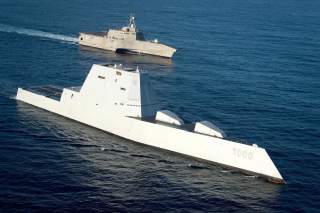 Much has been written lately comparing the current administration to that of the nation’s seventh president, Andrew Jackson, as well as the mood of the nation being Jacksonian.  For example, in Robert Kaplan’s latest book, “Earning the Rockies,” the author suggests that Americans are the heirs of Jackson’s foreign policy sharing “[a belief] in honor, literal faith in God, and military institutions.”  Jackson’s presidency may be known for eliminating the national debt, the Nullification Crisis, the Petticoat Affair, and the Second Bank of the United States.  What Jackson is less known for is how he selected his Secretaries of the Navy as well as how he changed the Navy through them.

John Branch served as the first of Jackson’s three successive Secretaries.  A North Carolinian, he served in that state’s legislature and as its Speaker of the House before serving a three-year term as Governor.  Branch then served in the U.S. Senate until assuming his office in the administration in 1829.  Branch immediately recognized changes were required due to fiscal mismanagement and began replacing clerks from the previous administration.  He “fully believes that great abuses exist in the disbursement of public money under the rules or customs,” recalled Fourth Auditor of the Treasury Amos Kendall.  Kendall had been an editor of a pro-Jackson newspaper and proved his worth to Jackson not only regarding navy reform but throughout both terms as one of Jackson’s closest and most loyal advisers.  According to biographer Robert Remini, Jackson trusted and expected only a few individuals to report to him directly – one of those was Kendall.

Jackson’s second Secretary of the Navy, Levi Woodbury, served as New Hampshire’s Speaker of the House, Governor, and as a U.S. Senator until nominated by Jackson.  Jackson’s third Secretary was Mahlon Dickerson of New Jersey where, like his two predecessors, he had served as both Governor and U.S. Senator.

Jackson believed the Navy was a vital protector of American commerce and the nation’s expanding global interests and influence.  Because of his selections who could implement his own vision, the Navy’s budget in 1837 was nearly triple what it had been when Jackson first took office.  After spending the first two years increasing the budget for maintenance and repair of existing ships, he authorized, built or purchased eight ships in 1831 alone.  Only John Adams, who presided over the creation of the Department of the Navy, and James Madison, who built up the Navy during the War of 1812, oversaw greater expansions.

Each of his secretaries, under his direction, made important progress that was unique to their tenure.  Branch focused on fiscal accountability and increasing maintenance and repair funding.  Woodbury supervised the first major naval build-up since the War of 1812.  Dickerson then inherited a fleet that was ready for battle but also saw the advantage of steam warships.  He recognized the need to build industrial capacity as well as a national observatory – fundamental for navigation.   And, under his tenure, the Navy built one of the world’s largest ships-of-the-line – the 120-gun USS Pennsylvania as well as the steam warship USS Fulton.

In the 1830s, the officer corps was professionalized. Junior officers were emboldened to challenge conventional thinking and innovate.  Literary figures like James Fenimore Cooper advocated for a greater role for the Navy.  The Marine Corps, once opposed by Jackson, officially became part of the Department of the Navy. America’s first overseas squadrons culminated with the addition of a new squadron in the western Pacific.

Jackson was elected as an anti-establishment candidate yet he saw value in politicians to help him lead his Navy.  Although today the country can draw from industrialists, who were not prevalent in the 1830s, global maritime challenges suggest a need for a Secretary who knows the department’s issues from their first day in office.  If Jackson is to be an inspiration for an administration, then perhaps it could follow his lead on this selection as well and look to candidates who have served in Congress.

Claude Berube teaches at the U.S. Naval Academy and is completing his doctoral dissertation on Andrew Jackson’s Navy under Dr. Williamson Murray.  The views expressed are his alone and not those of the Department of the Navy.  A Navy Reserve officer, he served with Expeditionary Strike Group Five in the Persian Gulf and is the author of both non-fiction and fiction works. Twitter: @cgberube