A Self-Inflicted Wound: Why the United Kingdom's Military is Dying 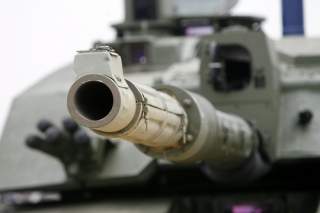 The election of a Conservative government with a slim majority comes at a time when the strategic challenges facing the United Kingdom have acquired new urgency. The election campaign itself was remarkable for the lack of attention given to security matters, despite the best efforts of pressure groups such as the UK National Defense Association. Even a former Conservative Defense Secretary was heard to assert that there were no votes in defense.

The 2010 Strategic Defense and Security Review (SDSR) resulted in sweeping reductions in the armed forces, largely justified by the need to reduce the UK deficit. After some internal debate, the new government has committed to a ‘full’ SDSR, likely to be completed by December. Continuing attention to balance sheets may come at the expense of coherent planning. Much of the government’s budget has been ‘ring fenced’ and it is likely that domestic police and security services will suffer extensive cuts in order to meet the deficit reduction goals. Despite its earlier economies, Defense also remains a target, with a ‘worst case’ reduction over the next few years of 10-12% in real terms. This is unlikely, but there are reports that Treasury is demanding a billion pounds. Even successfully warding off this hatchet will not be enough. Without modest increases, difficult decisions must be made, the more difficult because they have the potential to drop some key force elements below critical mass.

This matters because a key challenge facing Britain centers on the future of NATO and Britain’s military role in Europe. A gauntlet has been thrown down by the Americans, but it remains unclear whether the British—or the other major European powers—will pick it up. What hasn’t been generally admitted is that the real driver of the military rebalance of the United States to the Pacific has been the Americans’ recognition they no longer have the money to maintain the global distribution of forces of the last few decades. With their priorities being China and the Middle East, something’s got to give. The United States remains committed to Europe, but won’t be able to provide the same relative weight of forces that it has since the late 1940s. Consequently the major Western European powers will have to substitute, not perhaps to the scale that would have been considered necessary at the height of the Cold War, but to a much greater degree than over the last decade. Britain, France and Germany all need to look again at their military force structures.

That problem is made more acute by the challenge of Russia. A new form of strategic rivalry has manifested itself in Russia’s reclamation of the Crimea and its behavior in the Ukraine. The Achilles heel of the West is the Baltic republics. They have Russian minorities that may be open to the complex campaigns successfully employed in the Ukraine, using the minorities’ grievances to undermine the legitimacy of governments and, in this case, undermine equally the resolve of NATO nations to support collective action. This will place a premium on strong leadership from the more powerful members of NATO, the United Kingdom included. It will also place a premium on the readiness of military forces at levels that have credibility in Russia’s eyes.

Yet so far Britain has seemed curiously detached from Eastern Europe’s problems. Many feel that the United Kingdom has lost its willingness to lead and, with this, a great deal of influence. Despite the activist position which Mr. Cameron sought to adopt at the 2014 Cardiff NATO conference—one not assisted by the government’s apparent unwillingness to sustain the 2% of GNP expenditure on defense which it urged on its partners—it’s been left to Chancellor Merkel to make the running with the Russians.

Signs of Russian assertiveness are there. The internal propaganda campaign which Putin has orchestrated encourages Russian solidarity contra occidentali. What is left of the Russian national budget has been focused on the modernization of the military. Russian forces are active and assertive. Both Finland and Sweden are under no illusions that their neighbor is intent on reclaiming its old sphere of influence.

British reluctance may be the result of recent history. Britain has been scarred more deeply by its involvements in Iraq and Afghanistan than any other member of the coalition. This is partly due to the popular perception of the alleged duplicity of the then-prime minister, Tony Blair, in the American decision to attack Iraq in 2003. It also owes something more to the poor handling of British operations. Most notably, the lack of clarity in politico-military-civil service decision-making that seems to have prevailed reflected little credit on government and less on the British Army in particular. It has been the subject of serious criticism by a British parliamentary committee. A third factor was the ‘Wootton Bassett effect’, which saw the regular public passage of the coffins of the Afghanistan war dead from their arrival at an RAF airfield to their interment. This created an image of loss in the national mind more appropriate to the mass casualties of the conscript forces of the two world wars than a small, volunteer and wholly professional army. The reluctance to risk such commitments again was demonstrated very clearly in the parliamentary vote that rejected British military intervention in Syria.

There is also the problem of Scotland acting as a drag on foreign and defense policy. The relationship with the north has particular significance for British diplomatic and military weight. It remains astonishing that the Scottish National Party’s (SNP’s) pretensions to independence were permitted to the extent that there could not only be assertions that the nuclear submarine fleet would be forced to vacate Faslane in the west of Scotland, but that the new ‘nation’ would establish its own armed forces. That all this was not much more firmly ruled out from the start by Westminster is only one aspect of the mismanagement of the relationship that has marked the last decade. The ‘no’ result on the independence referendum provided short-term comfort to the proponents of the United Kingdom, but the practically clean sweep of Scottish parliamentary seats by the SNP has raised the prospect of a renewed campaign. The Conservatives must provide a formula that meets the Scottish desire for self-government while at the same convincing an electorate intoxicated by ‘Brave Heart’ that national defense and security are best managed as a union. Perhaps the best way of achieving this will be the transfer of taxation powers to the Scottish government commensurate with its domestic responsibilities, thus creating a relationship between means and ends that seems to have been absent so far from some of the more high flown ambitions of the SNP.

The picture is bleak, but there are some positive indicators. The Queen’s Speech included specific warnings to Russia that Britain “will maintain pressure on Russia to respect the territorial integrity and sovereignty of the Ukraine.” The absence of the Liberal Democrats from government may give the Conservatives much more freedom of maneuver. It remains to be seen how they’ll use that freedom.