Shelby’s Folly: Why Shuttering the Ex-Im Bank Was Among the Dumbest Political Moves Ever 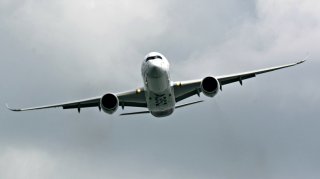 Today marks the anniversary of one of the dumbest moves ever made by political zealots in Congress.  Last year, a misguided minority of House Republicans succeeded in shutting down the Export-Import Bank, making America the only major trading nation without a functioning export credit agency.  James Madison warned about the mischiefs of faction in Federalist Number 10, and unilaterally disarming America’s export machine is precisely the sort of foolishness he had in mind.  Fortunately, a bipartisan majority of 313 Representatives and 67 Senators defeated the ideologues in December and Ex-Im is now back in business.

Except for this: Senator Richard Shelby (R-AL), Chairman of the Senate Banking Committee, is refusing to let his committee confirm a third appointee to Ex-Im’s board — which means it lacks the quorum needed to approve financing for deals worth more than $10 million.  Shelby calls Ex-Im financing “corporate welfare” even though the agency doesn’t spend a cent of taxpayer money and in fact makes a profit each year off of the fees it charges foreign customers for using its services.  The main reason Ex-Im exists is to help private lenders finance export deals with countries that have high risk profiles in places like Africa and Latin America.

Apparently nobody has told Senator Shelby that there are 85 export credit agencies operating around the world, and that without such an agency in Washington to level the playing field, thousands of American companies would be hard-pressed to compete in foreign markets.  China commits at least ten times as much money as the U.S. does to helping its companies sell abroad, and its export credit agencies function with far fewer constraints than America’s does.  That is one reason why the U.S. had a trade deficit of $60 billion in May — an imbalance that is cutting a full percentage point off the nation’s economic growth rate.

Senator Shelby’s refusal to let Ex-Im function is hurting his home state.  Since 2011, the Export-Import Bank has enabled five dozen Alabama companies to sell an average of $100 million in goods abroad each year.  If it is assumed that every $50,000 in sales supports one job, then deals backed by Ex-Im sustain 2,000 jobs in the Cotton State.  And that’s not even counting the indirect jobs Ex-Im helps preserve.  For instance, United Launch Alliance employs a thousand workers in Decatur assembling rockets for launching satellites, and the company has stated its future survival depends in part on winning contracts to launch commercial satellites.  International sales of commercial satellites typically depend on export financing.

Beyond that, numerous companies in Alabama supply parts and services to major exporters outside the state such as Boeing, Caterpillar and General Electric.  Each of these companies generates most of its sales overseas, so if they are impeded in selling goods into foreign markets by lack of financing and credit guarantees for their customers to balance the offerings of offshore competitors, then many jobs in Alabama would be at risk.  It is no small matter for a country like Ethiopia or Pakistan to finance the import of Caterpillar vehicles, some of which sell for $5 million; if the government of China or Japan is offering financial guarantees and Washington is not, foreign customers won’t buy American.

It is estimated that the U.S. is losing $50 million in trade every day that Ex-Im is not fully functional.  To put that in concrete terms, the U.S. trade deficit probably would have been less than $60 billion in May if Chairman Shelby had allowed his committee to confirm a third member to the Ex-Im board.  So the Senator’s maneuver is costing America a lot of jobs.  Donald Trump may not be right about everything, but it is hard to argue with his call to do more for America’s workers by getting serious about trade.  Senator Shelby could help that cause by allowing America’s only export credit agency to do its job.

This article originally appeared in the Lexington Institute’s LexNext blog