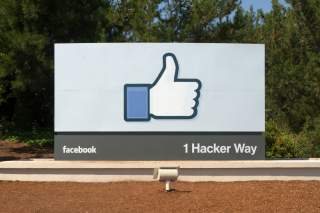 Facebook is adding a training program for its employees to address concerns that the company has a bias against conservatives.

Sheryl Sandberg, Facebook’s chief operating officer, announced the addition of a “political bias” section to the company’s managing unconscious bias class during a Wednesday event at the American Enterprise Institute.

“We have a managing bias class that all of our leaders and a lot of our employees have taken that I was part of helping to create. And we focused on racial bias, age bias, gender bias, national bias, and we’re going to add in a scenario now on political bias,” Sandberg said. “So as we think about helping people understand different points of view and being open to different points of view, we’re dealing with political bias as well going forward.”

Sandberg’s announcement comes six weeks after a former Facebook contractor accused the company of suppressing conservative news on the platform. Since that Gizmodo report on May 9, Facebook has revamped how it operates the Trending Topics feature. The company also hosted more than a dozen conservative leaders, including Heritage Foundation President Jim DeMint, at its Menlo Park, California, headquarters on May 18 to address the fallout.

AEI President Arthur Brooks, who attended the May 18 meeting, called the addition of “political bias” training both “interesting and encouraging.”

Sandberg used her appearance at AEI to articulate Facebook’s commitment to all points of view.

“Facebook is a platform for all ideas and all voices,” she said. “We have 1.6 billion people using the platform, which means all ideas have to be able to be expressed.”

She acknowledged, however, that Facebook and other tech companies are perceived to be liberal.

“That’s a pretty important accusation and it’s one we take seriously,” Sandberg said. “It’s also one which frankly rang true to some people because there is concern that Silicon Valley companies have a liberal bias. And so we took it very seriously and did a thorough investigation, and we didn’t find a liberal bias.”

Those perceptions about Facebook are at least partly fueled by donations Facebook employees have made to political causes. According to a Reuters analysis of campaign finance data, 79 percent of Facebook employee contributions in 2016 have supported Democrats. Those employees donated more than $114,000 to Democrat Hillary Clinton—nearly $100,000 more than to the closest Republican, Sen. Marco Rubio, before he dropped out of the presidential race, according to The Hill.

Even though Facebook’s investigation found “no systematic bias,” Sandberg said the company decided to take steps to improve.

“We think a lot about diversity at Facebook. It’s something our industry has struggled with, we’ve struggled with,” she said. “We think to build a product that 1.6 billion people use, you need diversity. And what you really want is cognitive diversity … intellectual diversity.”

Sandberg noted that Donald Trump has almost as many Facebook fans as Clinton and Sen. Bernie Sanders—combined. She also praised Rep. Elise Stefanik, R-N.Y.,  as a model example of a member of Congress who is using the platform effectively.

In her role as a leader at Facebook, Sandberg said, she encourages employees to speak up and disagree with her. She shared with Brooks two examples of how that played out at the company and why employees were rewarded as a result.

“You need people with different opinions and you need an environment where people can express those opinions,” she told the packed room at AEI’s 12th floor conference center in downtown Washington.

“People are not going to speak truth to power unless you make that apparent,” she added. “And that’s how we get not just different voices into the company but make sure we’re listening to different voices.”

At a time when publishers of all ideological perspectives use Facebook as a distribution platform, Brooks pressed Sandberg on the company’s role in the dissemination of news. But Sandberg dismissed the notion that Facebook wanted to be a media company.