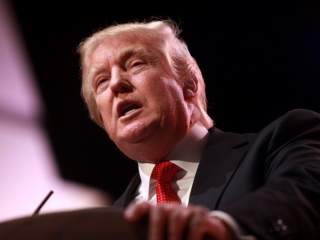 How the Trump campaign performs in South Carolina will tell us much about whether he can eventually win the nomination. His field generalship, ground tactics and response to Ted Cruz’s emerging flank attack may also reveal much about what kind of commander-in-chief Trump will be.

On the ground, however, we have also seen Trump as an ineffectual General George McClellan unable to wage door-to-door and phone-to-phone campaigns with the same ruthless efficiency as his chief rival, Ted Cruz.

Cruz is indeed Trump’s greatest threat in South Carolina. Over 60 percent of registered Republicans identify as evangelicals and the Tea Party remains popular. These are the twin pillars of Cruz’s Right Wing base.

Cruz has risen in the polls, however, not because he has expanded that base. Rather, it is because a succession of Conservative Republican rivals have sequentially dropped out of the race—Rick Santorum, Mike Huckabee, Rand Paul and soon the hapless Ben Carson.

By steadily consolidating Ultra Conservative Republican support, Cruz has created an illusion of momentum; but no one knows better than Cruz that he urgently needs to widen his base. In South Carolina, his best shot is the substantial Military Hawk vote.

This is a state with a proud military history with an impressive array of military facilities. For example, Fort Jackson in Columbia trains 50 percent of the initial entrants into the Army’s Basic Combat Training while the Marine Corps Recruit Depot, Parris Island—the “Cradle of the Corps”—has birthed over a million marines.

Similarly, Shaw Air Force Base in Sumter is home to the mighty 20th Fighter Wing while Joint Base Charleston is one of the Pentagon’s twelve joint bases. It supports over 90,000 Airmen, Marines, sailors, soldiers and Coast Guardsmen along with civilian dependents.

Perhaps most importantly, South Carolina boasts over fifty thousand military retirees—the eighth largest cluster in the nation. This is a well-pensioned and patriotic community that frequently “double-dips” by working civilian jobs in support of the military. These retirees have a huge stake in the outcome of the presidential race, they have been at the tip of the budget sequestration spear, and they traditionally vote with high-turnout rates.

It’s not for nothing that Ted Cruz has been dramatically upping his military game on the campaign trail. In fact, this is a bold attempt by Cruz to outflank Trump in South Carolina by positioning himself as the true “commander in chief” that will rebuild the military and bring spine and steel now sorely lacking in the Oval Office.

Here’s the good news for the Trump campaign. Cruz’s flanking maneuver should be easy to counter.

All Donald Trump need do to gut Ted Cruz on the national security issue is to repeatedly point out the role Captain Cruz of the Budget Sequestration Titanic has played in gutting the defense budget.

As a further line of attack there is this: As the Senate’s ring master of the Government Shutdown circus, Ted Cruz must bear considerable responsibility for shrinking—and therefore sinking—the U.S. fleet down to levels that would have had Ronald Reagan with his 600-ship force apoplectic.

At the end of the Republican Primary day, South Carolina should be Trump country, at least when it comes to disaffected white males tossed out of their factories and onto the unemployment line or into minimum wage jobs. It is a state that was once a thriving hub of U.S. manufacturing but has, for decades, been decimated by everything from NAFTA to China’s mercantilist weapons of job destruction. This white-hued, blue-collar base is itching to pull the lever for The Donald, and he likely won’t be disappointed.

To get that base to the polls, Trump may want to take a page out of Patton’s book and be seen not just on the Big Stage at rallies but also driving around in at least a figurative Patton Jeep visiting the ground troops and helping with the phone banks –thereby turning New York AstroTurf into true Southern grassroots.

Ultimately, the South Carolina battlefield may be the best forum for Trump to skillfully extend his core message of restoring America’s economy into the military dimension. The message for South Carolina and beyond should be as clear as a bugle call at reveille: Without a strong economy and a solid manufacturing base, there can be no effective defense of the American homeland.