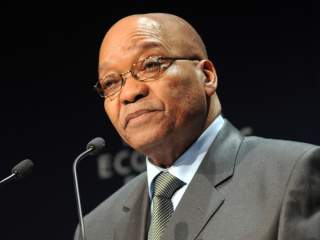 The National Executive Committee (NEC) of South Africa’s governing African National Congress (ANC) met March 19-20. Among issues discussed was President Jacob Zuma’s relationship with the wealthy Gupta family, which critics accuse of “state capture,” that is, exercising undue influence over presidential, high level appointments and government contracts for their own benefit. For many in South Africa, the relationship between President Zuma and the Gupta family has become the face of corruption. Concern about corruption is a major political issue in the run up to local and municipal elections that will take place between May 18 and August 16. Indeed, according to South African media, the NEC also discussed the upcoming elections in Johannesburg and Pretoria, where the ANC faces stiff competition from the opposition Democratic Alliance (DA), which has also called for Zuma’s resignation over corruption.

Following the NEC meeting, party secretary general Gwede Mantashe said that there had been “frank and robust discussions” of the Guptas. But, he continued, “The appointment of ministers and deputy ministers is the sole prerogative of the President of the Republic, in line with the Constitution. To this end, the ANC continues to confirm its full confidence in our president.” In what might be seen as a damning comment, he also said that the NEC had not discussed Zuma standing down from the presidency.

At its weekend conference, the NEC directed the ANC to investigate the relationship between the president and the Guptas. It also issued an invitation to party members to present to Mantashe’s office evidence of any Gupta family impropriety. Meanwhile the Office of the Public Protector, the constitutionally-mandated government ombudsman, has requested additional funding from the Treasury to investigate the Guptas. The involvement of the Public Protector has been requested by the Roman Catholic Dominican Order and DA leader Mmusi Maimane. The Public Protector earlier demonstrated her political independence from the ANC and the administration by finding that Zuma had improperly authorized public money to be spent on his private estate.

The South African Communist Party (SACP), closely allied to the ANC, is also weighing-in. In a speech on March 21, the SACP second deputy general secretary, Solly Mapila, publicly called for the president to end his ties with the Guptas and welcomed the ANC investigation. According to the Daily Maverick’s Ranjemi Munusamy, Mapila characterized the relationship as “contaminated.” The Oliver and Adelaide Tambo Foundation, the Nelson Mandela Foundation and the Ahmed Kathrada Foundation—the memorials to the heroes of the anti-apartheid struggle—have sent a joint letter to the NEC expressing “deep concern” about “state capture.” According to the Daily Maverick, an ANC spokesperson characterized the conversation with the foundations as “cordial, frank, and robust.” He also said that there would be follow up conversations. As Munusamy comments, that would indicate that the foundations are not going to let the issue go away.

Munusamy also notes that the NEC mandated investigation gives the ANC a means to deal with the Gupta issue which, up to now, it has largely ignored. She also observes that the enhanced scrutiny of the president makes a cabinet reshuffle less likely. Like a cat with nine lives, Zuma has survived challenges ranging from credible rape charges (he was acquitted) to being fired by a sitting president. He may yet survive the Guptas. If the ANC does better than it currently expects in the upcoming elections, he may recover his political footing.